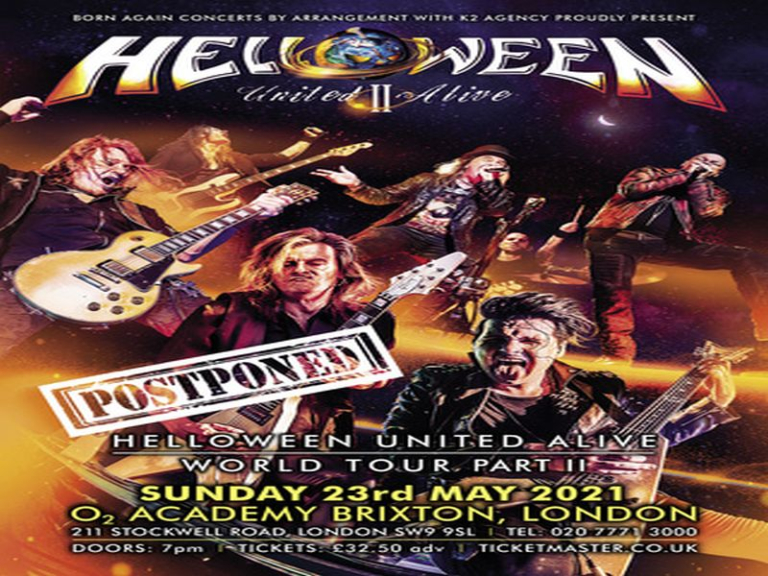 Looking back to the legendary PUMPKINS UNITED WORLD TOUR - named by the press the "tour of the year" - everyone still has a big smile on his face. Even if CD, DVD and Blu-ray present stunning contemporary documents - nobody wants to imagine that this is all there is...

BRAND NEW ALIVE
"The Pumpkins United World Tour 2017 - 2019 forged us into a real band – we are all very keen in recording a new studio album now. Artistically it ́s extremely thrilling". - Andi Deris

The PUMPKINS UNITED lineup entered the HOME studios in Hamburg to work on brand new song material. The same recording console used for albums such as "Master of The Rings", "Time of the Oath" or "Better than Raw" is now being used to record a new legendary STUDIO ALBUM - analogue and deliberately "back to the roots". With Michael Kiske, Kai Hansen and Dani Löble drumming on Ingo Schwichtenberg’s original drum kit, one thing is for sure: a stronger Helloween-Vibe won’t be possible!
Produced by Charlie Bauerfeind and Dennis Ward, the new & yet untitled album will see the light of day end of August / beginning of September 2020.