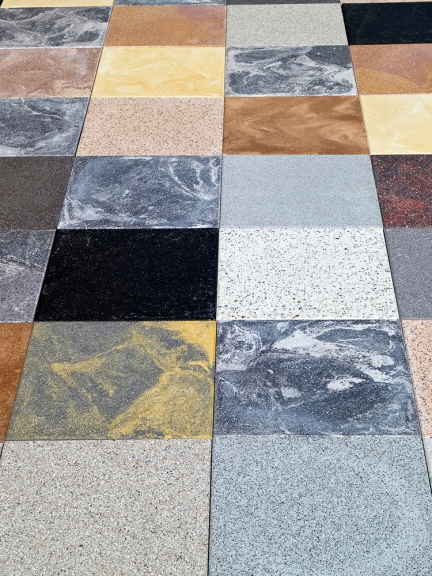 To date, it has been discovered that tiles were first used around 4,000 BC in Egyptian times and these were for decorative purposes. There have also been clay and mud tiles found that are 7000 years old. During the next few millenniums, the Romans, Greeks, Indians, Turks etc. all developed the art of tile making and there are many beautiful examples preserved in museums today. While the decorative style of tiles were being developed and made more beautiful, other tiles were being created from stone for use in grand structures. For this type of stone, marble was commonly used to add to the grandeur.

While the Islamic world were developing their tiles, so were the Middle East. China particularly was working on their tile and creating different glazes which were then adopted by European countries. By the 1800s, tiles were available pretty much all over the world but were generally reserved for the elite, especially in America due to their high expense.

Whereas tiles, by this point, were made in small potteries and artisans, as we moved through the late 1800s and early 1900s, tile factories were set up all over the world and the developments in tile production were coming thick and fast. By the 1920s, mosaics were no longer having to be produced one individual tile at a time as now face-mounted sheets were able to be produces. There were also developments with kilns as higher temperatures were now achievable and the clay and glaze were able to be fired at the same time reducing the time taken for each tile to be produced. This also created a more durable tile and glaze at the end of the process.

During the 1950s, the growth in tile production was so great that tiles were filtering down the social scale with those at the bottom being able to have tiles in their homes. Kitchens, bathrooms, hallways and external spaces were becoming increasingly tiled.

Developments are continually being made to make tiles cheaper and more durable with technology being used more and more. The results of this are that you can have a tile that looks exactly like a stone floor, without the associated costs.

To see the great range of tiles that are available in today’s market, pay a visit to Freshwater Bathrooms!