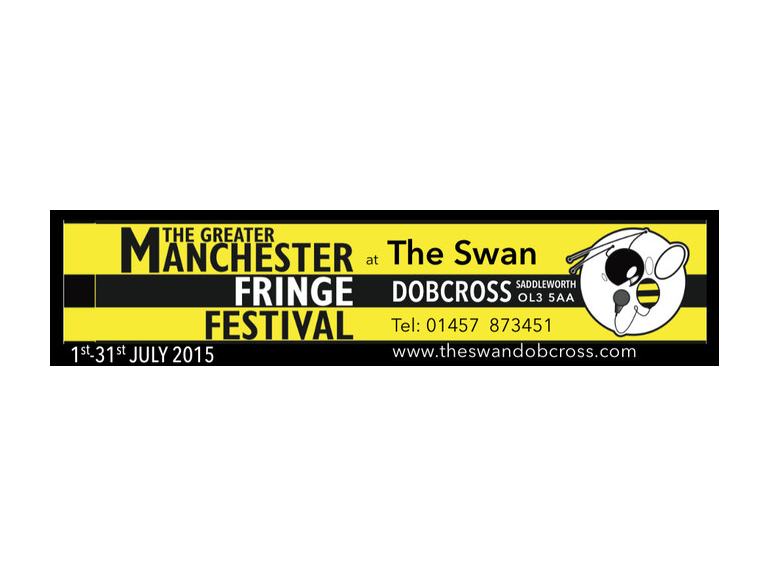 There are lots of events going on throughout Greater Manchester and The Swan Dobcross is proud to be hosting some fabulous events:

Le Grand Return
When: Tuesday 7th and Wednesday 8th July @ 8:00pm
It’s 1994 and the 50th anniversary of D Day looms. Tommy, Alf and Edwin are incarcerated in Coldrick Nursing Home. In spite of his ever-worsening heart condition, D Day veteran Tommy is determined to break out and rejoin his old comrades on the Normandy beaches. But how will they get out - and what will happen along the way? This gentle comedy drama is about love, remembrance, war and peace.
Tickets £10.00

The Gambit
When: Wednesday 15th July @ 8pm
Twenty-five years of betrayal played out on a chessboard. The lies, deceit and anger erupting in an epic clash between the defining Grandmasters of the 20th century.
Tickets: £7.50

Tieta
When: Sunday 19th July @ 7:30pm
A dark comic play.  A millionaire, returns to her hometown, after an absence of many years. Merely on the promise of her millions, she shortly turns what has been a depressed area into a boomtown. But there is a condition attached to her charity, which the townsfolk realize only after they have become enmeshed in her vengeful plot: murder.
Tickets@ £5

Faulty Towers: The Dining Experience
When: Tuesday 28th and Wednesday 29th July @ 7:30pm
Waited upon by Basil, Sybil & Manuel, this is fully immersive, highly improvised and site-specific comedy theatre at its best.
Tickets £50