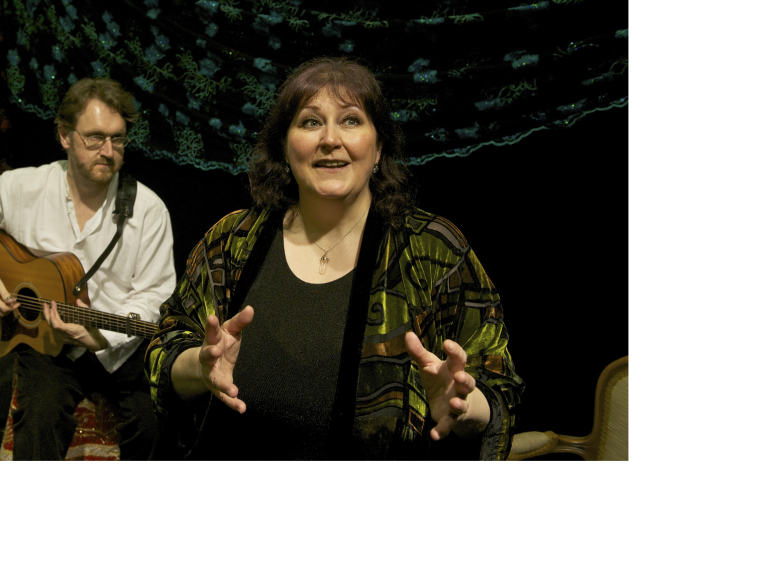 Shonaleigh Cumbers is one of Europe’s leading storytellers. Having learned the Drut’syla tradition from the age of four, she carries thousands of oral stories from the Jewish tradition and shares their magic, mystery and wisdom with audiences around the world.

Shonaleigh performs at storytelling festivals and events in Europe, America and Australasia as well as working with acclaimed organisations including the BBC, Hull Truck Theatre and appearing as a special guest at The International Conference of World Affairs.