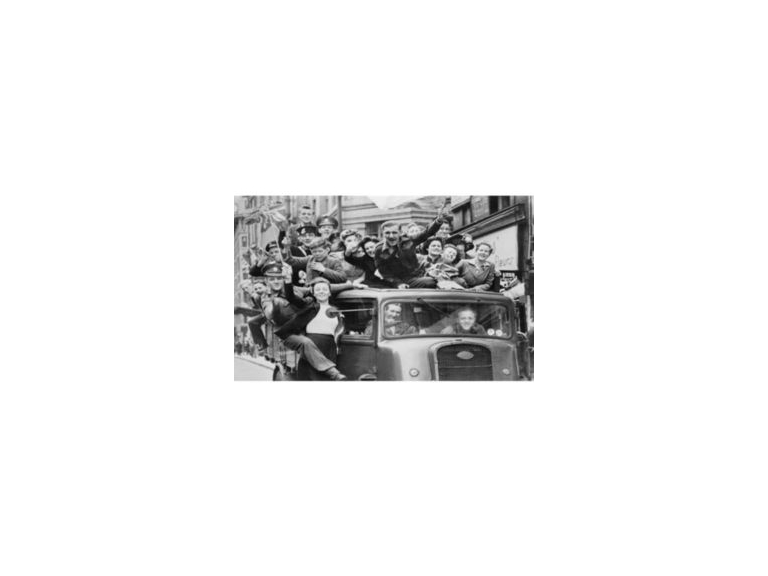 Friday 8 May 2015 is the anniversary of VE Day (Victory in Europe Day), marking 70 years since the end of the Second World War in Europe. A 3-day weekend of events will mark the Anniversary, from a parade, a service of thanksgiving and a star-studded concert in central London, to street parties around the UK.

Mr Hague, Leader of the House of Commons, said:

I am delighted to announce 3 days of celebrations, which will pay fitting tribute to those who did so much to defend this country and ensure victory in Europe.

It is right that we take time to reflect on the sacrifices made, not just by those in the Armed Forces, but by civilians such as Land Girls and those in Reserved Occupations and make sure that the whole country has the chance to take part in commemorating this momentous anniversary and remembering those who gave so much for our freedom.

The celebrations in London will be echoed by other events across the country to mark VE Day 70 with local authorities and communities encouraged to participate. They will celebrate with members of their communities who contributed to the war effort throughout the Second World War. The Royal British Legion, as the national custodian of Remembrance, will act as the government’s key partner in leading the nation in marking the commemoration, including hosting a major reception for 2,000 veterans in St James’s Park.

We are honoured to play our part in helping the nation mark 70 years since the end of the Second World War in Europe. The Legion has a responsibility to help the memories of those of who have fought and died in our nation’s Armed Forces live on for future generations. The commemoration of this conflict, still in living memory, gives us the opportunity to salute the Second World War generation.

We hope that all communities will use the VE Day 70 commemorations to thank them and celebrate the role they played in our nation’s history.

Eric Goldrein, 94, from Hale Village, Liverpool, served with the Royal Artillery during the Second World War and was in Italy when the news came through that the war in Europe was over.

We celebrated in a field, the Signallers set up speakers playing music and the locals came out and joined in too, happy that the war was finally over. I heard about the street parties back home and I’m looking forward to being part of these 70th Anniversary celebrations.

In Manchester, we have the following Events to celebrate: