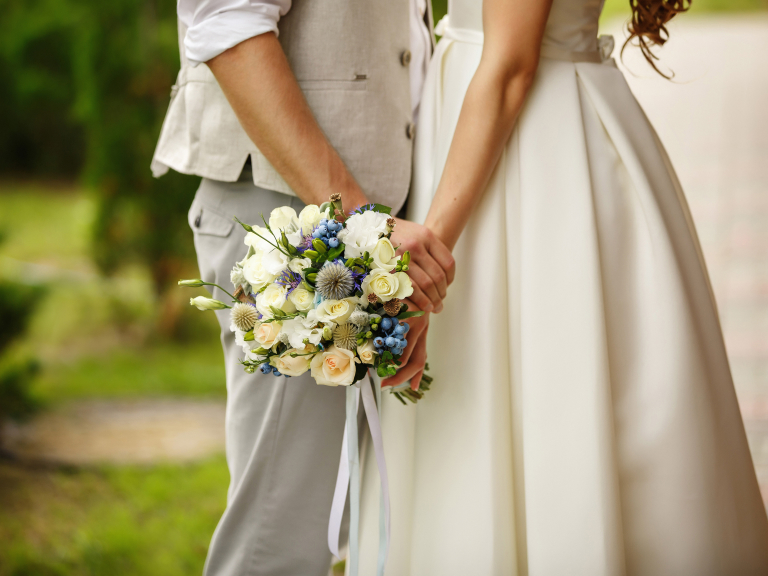 On Monogamous Marriage Morality and the African Church!

When I look on Instagram, I see all the Joyful West African Weddings being celebrated- with Guests standing by, proud Fathers, traditional music and vibrant clothes.

I see the manifestations of wedding-day fantasies and dance routines of bridesmaid and maids of honours.

Ghanaians and Nigerians have a strong sense of wedding tradition and these communities really believe in Marriage that’s of the Monogamous-kind.   Marriage of course in the Christian Church is centred on the Bride and the Groom, just as Christ and Church.

Nigeria contains the largest concentration of Christians in Africa.    Christians show the World that Marriage is Holy and  based on Love in a voluntary union. End Child Marriage and say yes to the “Girl Child”.

It is very important to Africans to follow these traditions on the Big day.   Other parts of Africa do not necessarily have such a strong a wedding culture that is prevalent on Digital social media platforms in West Africa.

When looking up stats on Virginity upon reaching my 37th Birthday as a Virgin in the Church Choir I found that there are stats more readily available on the Arab, Asian, African and Latin American World.

These relate to Child Adoption for passports, Street Workers and STDs rather than Virginity.   In Southern African countries especially there are more known cases of disease that have appear to have spread initially from the Homosexual community to the Straight affecting even babies in their infancy.

These children might then be born with withdrawal symptoms  instead of yearnings for milk.    Grandparents find after raising two generations of children they are left to carry the third.

Sometimes these grandparents at the age of their frailty in their societies are forced to think about the search for food to cover their new families.

The Roman Catholic Church has spoken to say that Africans who are Religious are not to use Contraceptives as they are to have children which is natural and Biblical – as the Word of God says Be fruitful and multiply as in Genesis.   Some have obeyed this teaching.

While others have sought their own  interpretation.    In Traditional World Religions of Abrahamic Faith, Jesus the Messiah - The Anointed One is the only Religious figure to have remained without a wife or child of his own in life till Age 33 after a Virgin birth, where he never sinned and was Convicted of a Speech Crime of Blasphemy for which He paid the Price of Capital Punishment.

Jesus was Not Guilty! Jesus was Innocent!  The crowd, the majority was Guilty of judging Jesus their Saviour!  The Romans were guilty of following orders.  The Jews were not allowed to kill Jesus.

It was only the Romans who were able to do so, if a person had been found guilty In their court of law.    The Blacks in the crowd were guilty of not judging Jesus!

A Black strong man named Simon helped Christ carry the cross at the demand of the Romans.    Christ paid the Price!   Religion is not a Colour. God is not a colour. But Christ’s blood was Red.   The same as every other person’s blood.   He was the Urban Legend Virgin Sacrifice.

No animal or person needs to be physically punished or sacrificed in the Torah,  Biblical Law or any other Religion,  for sin again.    We just use the Word now, the Bible, the book of Timothy for discipline and reproof.   No one should be hit no one should be abused.

Only those who have sinned should be corrected verbally with God’s literal Word and silent prayers.    They should not be humiliated. They should be loved.    Christ never humiliated anyone who needed Salvation, Deliverance and Healing.

Love should be for free. As God has Loved us and that is His biggest attribute, For God so loved the World that He gave up His only begotten son so that whosoever might believe- not: know or argue, would not perish but receive everlasting life.”

There should be no marriage without love. This should be  from those who are of legal age and are mutually willing. The marriage age in the UK is 16 but without Parental Consent is 18.

There is a Cost that can and perhaps should be paid.   This is the cost of the Bride Price.    The Bride Price symbolises honour, family pride and chastity of love.

Children symbolise the fertility to come and also fulfilment of happiness in marriage.

Society celebrates the wedding, as the couple represent God’s Love on Earth. And strengthen the idea of the Traditional family.

A man when thinking of when to pop the question can do the following as a believer in Marriage Monogamy and Christ:    He can kneel to Consider the Cost,  He can look back, to Count the Cost and  He can be Still to Remember the Cost.

Finally, as he produces the Ring he can “Honour the Cost” by saying - Lord you have given me this woman and have paid the price no one can pay for her value! Lord can you give her to me as my wife.

Lord I thank you for paying the Cost. Lord I’m honouring the Cost!   “Will you be my…”   Christ paid the full Cost with His Blood so that we could be Set Free from Sin.  We belong to Him we are Saved from Spiritual danger and shame. We were bought with a Price.

That only Christ could pay. We must be grateful to Him. As He releases us to our Wedding Day.    Christ is Coming Soon…   He is Coming for a Spotless and Perfect bride! One without any character flaws or visible Scriptural pores.    He is Coming to take His Bride away to the Dinner Dance Ball- at the End of the World aka The Marriage Supper of the Lamb, of the sheep of Christ who have entered the fold though the Door and not the gate.

Who are not outlaws, robbers or goats who tried to get in by the side.    Christ is Coming! He says we are to keep Awake and Spiritually Alert!

This means being a Wise and not Foolish Virgin keeping your phone charged so we may that have light to see when he comes in the Hummer -Limousine to bring us to the VIP Guest List in the Sky!

If you miss out, you may not get a Second Chance- in the Second Coming of Christ!    As you plan “Your Save the Date” and as  you Graduate from Single-hood to Marriage- hood you have the unique opportunity to celebrate “with” Christians or “as” a Christian, the Union of leaving behind sin or celibacy for the sweetness marriage.

This prevents any Adultery that could lead to a Major or Mortal sin that would lead to separation from God and eternal damnation.

To come back to God, to make it for the Wedding Supper,  a person has to be Born Again and Baptised according to the New Testament in the Holy Bible!   Cleanliness leads to godliness but holiness leads to Heaven.    The Bible permits man and woman to marry.

The second wife is committing Common Law Adultery as a Concubine kept but not legally recognised in any governmental legislation, marriage allowance or Christian Religious community in the Western World.

When a Muslim family comes to Christ the subsequent wives need to separate and find Christian husbands with or without children from the previous relationship.  In  Christian heaven there is no sensuality as there is no marriage.

There is only friendship with all, even amongst those who were marriage on earth. All will now be as Angels.   In Christianity we are given new glorious Holy sinless bodies whereas in the Hadith a text for Muslims it is believed there are up to 14,000 White Hurs or Raisins.

These are White Women who go to Paradise where they get married to possibly one man according to Imams. Black women are not mentioned in this section. It is not known what age these Virgins are or from which father’s household they come from.

Is it Harem or is it not Harem - that means forbidden, for Muslims to marry as Monogamists?

All those marrying according to the Abrahamic, Jewish, New Israelite, Messianic tradition of Monogamy in the Church are marrying after an ideal of the Christian pattern of Exclusive marriage in Church.

This in the Remembrance of the Gift of the Birth of our Lord Jesus who is the Virgin and the Christ! Which we celebrate every December at Christmas. A special time of  the year for families, individuals and all Christians who really believe in the message of The Good News and the Reason behind the Season.

This Marriage article was written by Miss Elizabeth Haruna, FMA Eldest Granddaughter of late Bishop Haruna, The Broadcasting Bishop with 3 callings in Entertainment upon her life since Age 15.  She was Born Again Age 14 on Television via Tele Evangelist Benny Hinn, Singing in Tongues on Feb 14 Valentines Day!

A Believing Saint from All Saints Day! Baptised in April 2005 while at The University of Leicester – her Promised Land- in the “Christian Union”, Appointed,   Executive position as Bible Study Coordinator of Cell Leaders on campus halls.  Her Grandmother, now late, was once was a proud member of “Mother’s Union” in Nigeria.

With a November 1st Birthday, now 37 years old and still a Social Christian Butterfly and Bacherlorette in Christ. The “ity bity preppy pretty” Minister of the Gospel Elizabeth Haruna is from the the Ministry of her Sound of Jesus who’s a Virgin of All Time!

See more at:    @kingdomheartm For Creatives in Christ! On Instagram.

A Ministry of Edutainment - Stay Tuned and Stay Woke!   Black Bandana Ministries “God is my Protection!” bbministriesla@gmail.com is the Urban-City Rap Ministry of Min. Lami Adunni aka “Thursday’s Child” and NW London Girl. Contact to book for Youth Programmes, Conferences and Church Special Numbers as a Guest.

To Free or Ethical Money,  Free Diamonds and Free or Annual Leave for Holidays!    Christ has Paid the Cost, We don’t have to!

If you have any questions or queries concerning marriage, you could speak to a Counsellor confidentially at a local church.

If you are planning to get married soon you could visit a local Wedding Fayre with your fiance or family to be.

Parent and Child Fostering: What’s It All About?
Sign up for offers
Sign up for what's on guide
Popular Categories
By clicking 'ACCEPT', you agree to the storing of cookies on your device to enhance site navigation, analyse site usage, and assist in our marketing efforts.
For more information on how we use cookies, please see our Cookie Policy.