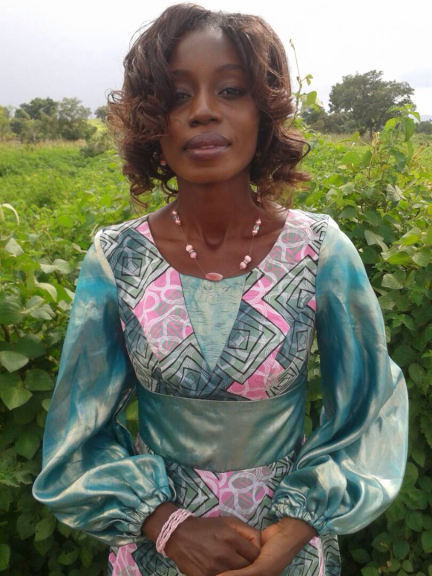 Stopsley Model Elizabeth Adunni Haruna, has been in Fashion for 11 years.

She has arranged two local fashion shows "The Church Fashion Show" and "Luton Fashion Show 2019". She has several this summer coming up.

She eventually went into Housing. Including working with a local company at the time LCH, in the Sheltered Scheme, Mother’s and babies and Women’s site.   She has been a Manager 11 times either as an Officer, CEO/Founder, Child Manager, Female Office Boss or Leader in the workplace across 23 years of work with not one day off Sick leave taken in any HR record.

Following founding a TV Station at Church Kingdom Arena 2010, She has worked Freelance in TV as a Researcher & Guest Reserver OHTV News Show Headlines and Black Talk Show “Real Talk” 2011 and 2013.   She has also carried out several Media placements at Sky News, Heart Radio & Al Jazeera, The Frost over The World Team where she has met a War General and Presidents.

She is currently a Sociable Singleton & local Supermodel who has learnt 12 languages (although not fluently) and has recently featured in a Luton news online article regarding a Modern Platinum Poetry (2021) and Diamond Jewellery Fashion Anniversary (2022) in line with the Queen’s Platinum Jubilee this year.

I have a Poetry Book which is my 3rd Self-Published Edition out now, Urban Poetry: The Poetic has just gotten Political! It is out on Amazon Kindle.   “The book contains a sweet selection of wrapped up poetic material that bounces off of the page and filters through the imagination.”

A BBC Radio interview on the Edward Adoo Show came out in July 2021 regarding being a 37 year old Virgin since November 1st, her Birthday on All Saints Day. In the top 1% of the 10 Billion people in the World! That’s within 100,000 a potential 1st Black Female Virgin that’s Afro- British if scoring a lead in Hollywood! Born in the same year as the Film “Black Hollywood” filmed 1984.

This is the same year as the Title by George Oswell entitled the same, “1984” about a Big Brother State similar to the premise of man lived Reality shows which are on TV of which I have been invited to be on many times as a Supermodel! Such as Dirty, Sexy, Things Model series on E4, Love Island, May the Best House Win, Come Dine with Me etc.

Following 2 years at HPFT NHS as Admin during the Pandemic from the 1st admin capital of Nigeria, she is available for booking by an Agent in Film or for Lead Action Roles.   She is also looking ahead to several music performances at Festivals this Summer as an MC/ Rapper @mcadunni on TikTok.

Having worked in TV she looks forward to any presenting role in Music or on the News later on as her first ambition to be a News Caster back in 2007 in NY.

Parent and Child Fostering: What’s It All About?
Sign up for offers
Sign up for what's on guide
Popular Categories
By clicking 'ACCEPT', you agree to the storing of cookies on your device to enhance site navigation, analyse site usage, and assist in our marketing efforts.
For more information on how we use cookies, please see our Cookie Policy.