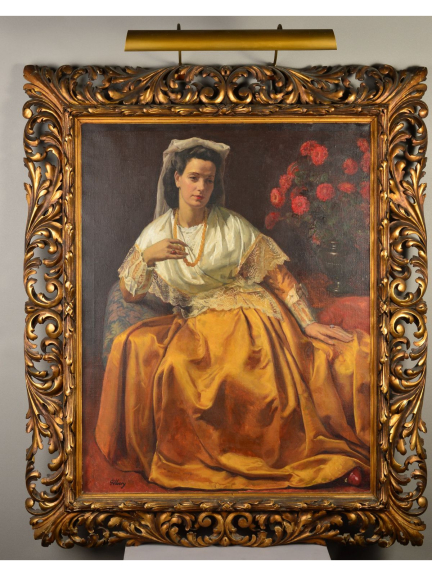 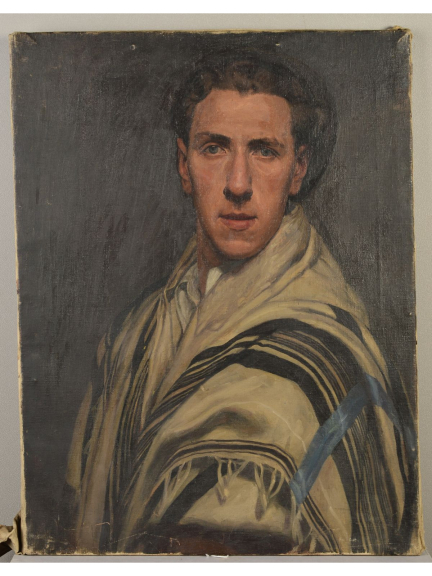 Michael Gilbery (1913-2000, born Goldberg) first gained recognition when, aged just 17, his portrait of his father was hung in the Royal Academy and was hailed a triumph by a number of leading critics.

Richard Winterton's Fine Arts & Specialist Sale on March 24-25 at The Lichfield Auction Centre features dozens of Gilbery’s portraits, nudes and landscapes across more than 40 lots in the form of pencil sketches and unfinished works to fully-realised paintings.

Quite why Gilbery left so many works in an incomplete state remains a mystery to his family, who have consigned the items for sale.

But the puzzle merely adds depth to a stunning collection which sums up the artist’s progression from college portfolio to accomplished professional.

After leaving school he gained a scholarship to St Martin’s School of Art and, later, the Royal College of Art where he studied under the likes of Roland Pitchforth, Sir William Rothenstein and Gilbert Spencer.

Gilbery’s talent for portraiture was also noted during his time at the Royal College of Art.

Percy Horton, another of his tutors, wrote: “Mr Goldberg is an able draughtsman and a powerful and solid painter… perhaps Mr Goldberg’s chief ability however lies in the direction of portraiture where he has shown real accomplishment – a facility for obtaining a likeness combined with a lively and sympathetic handling.”

After leaving college, he was commissioned to paint The Royal Historic Cavalcade for George VI’s coronation.

The murals covered the department store Swears and Wells and included a 50ft centrepiece of St George and the Dragon, described in the press at the time as ‘one of the sensations of the Coronation’.

Throughout his life, Gilbery made a living from portrait commissions and must have painted hundreds if not thousands of faces.

He also continued exhibiting at the Royal Academy, Royal Society of Portrait Painters and the New English Art Club among others.

Roger Bilder, whose twice-widowed mother was married by Michael, himself widowed, in their latter years in the mid-1980s, described the artist as “a delightful man”.

“I honestly don’t know why he left so many pictures unfinished,” he said.

“Perhaps because so many of them were portraits and the sitter pulled out? It is something of a mystery.”

Less of a mystery was Michael’s change by deed poll from his birthname Goldberg to Gilbery.

“He was among a lot of people with German-sounding names during the Second World War changed them – the ironic thing of course is a good many of them were Jewish,” added Mr Bilder.

Gilbery had gained recognition for his Jewish scenes, some of which were exhibited at the Whitechapel Art Gallery in 1932; indeed some of his work is now in the permanent collection of the Tel Aviv Museum.

An early self-portrait depicts him wearing a Tallit, the Jewish Prayer Shawl, but he was not by nature a religious man.

Gilbery died in 2000 after a number of years in declining health following a stroke.

An official website dedicated to Gilbery to provide information on him and his art has been set up at www.michaelgilbery.co.uk.

David Fergus, modern pictures specialist at Richard Winterton Auctioneers, said: “It’s not often you get the chance to see the whole range of an artist’s work from art school to accomplished professional artist.

“It was obvious from a young age that he was an exceptional talent – there’s real a flair and the detail is extraordinary.

“This collection includes the whole gamut of portrait styles and fashion from the late 1930s to the early 1970s – it’s a social document as well as a personal one of an artist.

“There’s also a collection of landscapes which he appeared to have done as a hobby throughout his travels through Europe.
“One painting in particular, I referenced the internet to confirm the spelling and was surprised to see from a recent photo that the village is unchanged today apart from the addition of a street sign – that’s the only difference.”

Why choose a local retailer for your carpets or rugs?
Sign up for offers
Sign up for what's on guide
Become an author
Popular Categories