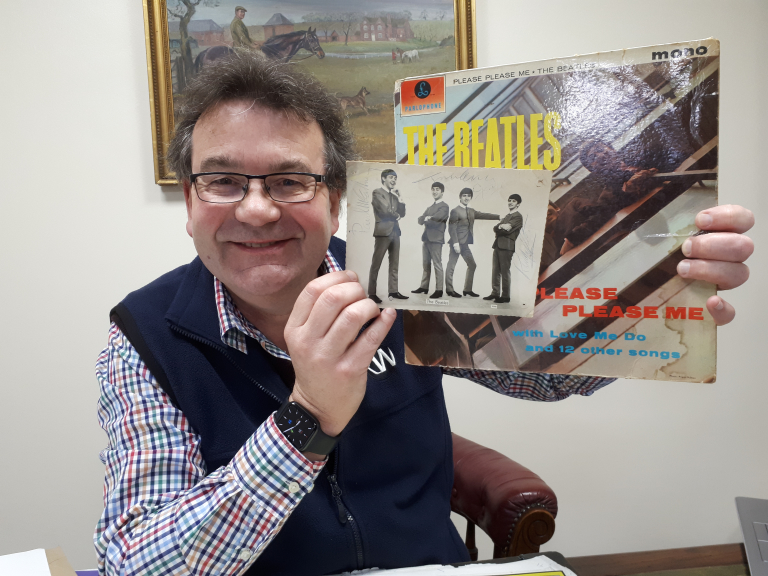 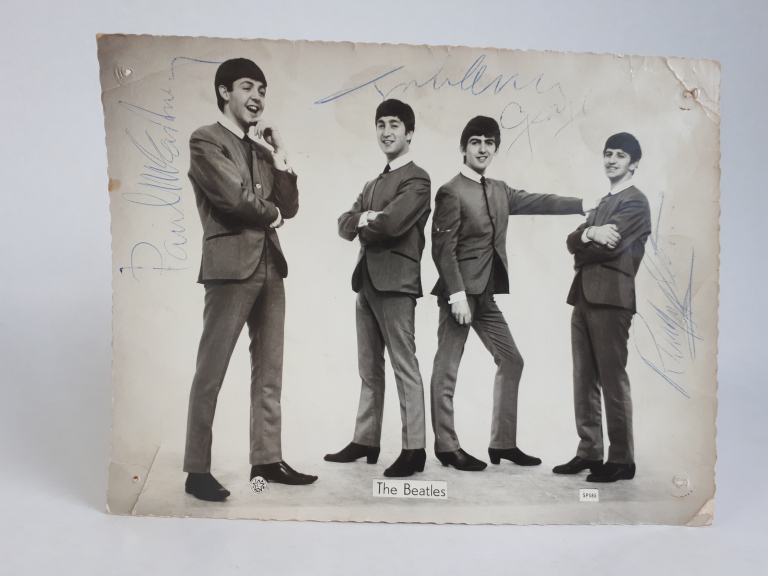 Monica Hayes vividly remembers her mum surprising her with the precious autograph, signed during a break in filming at a Birmingham television studio.

The photo will go under the hammer as Lot 372 in Richard Winterton Auctioneers' Antiques & Home Sale on Monday, April 12, live online from The Lichfield Auction Centre.

Monica’s mum Norah Sargent was working in the canteen at the ATV/ABC Alpha television studios in Aston, Birmingham, when The Beatles went to grab a bite to eat in between filming for a show.

Seeing the boys standing there and knowing her daughter was a big fan, enterprising Norah seized her chance and asked them for autographs.

A publicity photo was produced – either by an assistant or a member of the band themselves – and John, Paul, George and Ringo all signed it in front of her there and then. 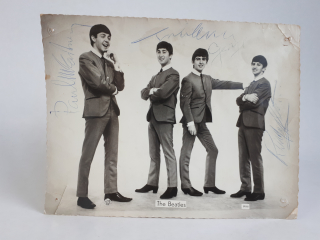 Monica, now 74, said: “I was in bed when she got home and she just came in, showed me the signed photo and said it was for me.

“She was thrilled she’d brought it home and I didn’t sleep over well that night because she’d shown it to me!”

The Sutton Coldfield grandmother added: “Our family had a saying in the house – ‘honest to God’. If you said ‘honest to God’ it had to mean you were telling the truth.

The photograph shows the band wearing their trademark matching 1963 collarless suits, based on a Pierre Cardin design reproduced by Beatle tailor Dougie Millings.

It’s a style specific to the momentous year in which The Beatles released their debut LP Please Please Me and second album With The Beatles.

Norah loved working at the Aston studio, accepting free tickets when she could and taking the opportunity if mingling with stars of the day to ask for signatures for her younger daughter Anne’s school autograph book.

But Norah knew Monica was the big Beatles fan.

“The Rolling Stones never appealed to me at all,” added Monica, who has two daughters and three grandsons with her late husband Anthony, to whom she was married for 49 years.

“I liked the look of The Beatles and I was also a fan of Rod Stewart, Tom Jones and Elvis.”

She added: “I must admit I don’t listen to The Beatles anymore – but I still love Tom Jones and Rod Stewart.”

The Beatles rarely had a day off in 1963, with a punishing schedule including recording sessions, concerts, TV, radio and other appearances.

Sophomore album With The Beatles – which was bookended by the landmark 45s She Loves You and I Want To Hold Your Hand – was released eight months after Please Please Me and became an instant hit.

Please Please Me had been number one in the UK album charts for seven months before it was usurped by With The Beatles; the two albums gave the band a back-to-back run of 51 chart-topping weeks.

“As well as truly being toppermost of the poppermost and dominating the charts in 1963, it was becoming increasingly apparent that The Beatles were more than a simple teen sensation,” said Lichfield auctioneer Richard Winterton.

“Later in the year they appeared on Sunday Night At The London Palladium in front of a TV audience of 15,000,000 viewers, gave the landmark Royal Command Performance and Lennon and McCartney were dubbed ‘the outstanding English composers of 1963’ by The Times’ music critic William Mann.

“Beatlemania was well and truly underway and to have a photograph with such impeccable provenance signed by all four members during this pivotal year is fab indeed!

“They were just consolidating their position as the UK’s premier band and in the midst of that maelstrom were only too happy to sign a photo to delight a young fan.

“A few months later at the start of 1964 they went to America – by which point those collarless suits had been relegated – and embarked on the next leg of the journey to global superstardom.”

The same Lichfield auction also includes the copyright to 18 novels written by international bestseller Craig Thomas, including 1977’s Firefox which was made into the 1982 Hollywood blockbuster directed by and starring Clint Eastwood.

Mr Thomas is credited as the true creator of the techno-thriller and copyright of his catalogue goes under the hammer as Lot 1 in the April 12 sale, starting at 9.30am.

For bidding and other sale enquiries, email office@richardwinterton.co.uk or telephone 01543 406124. 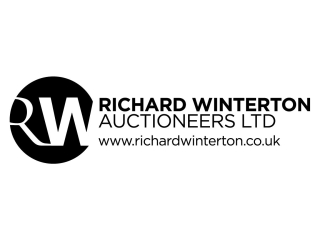