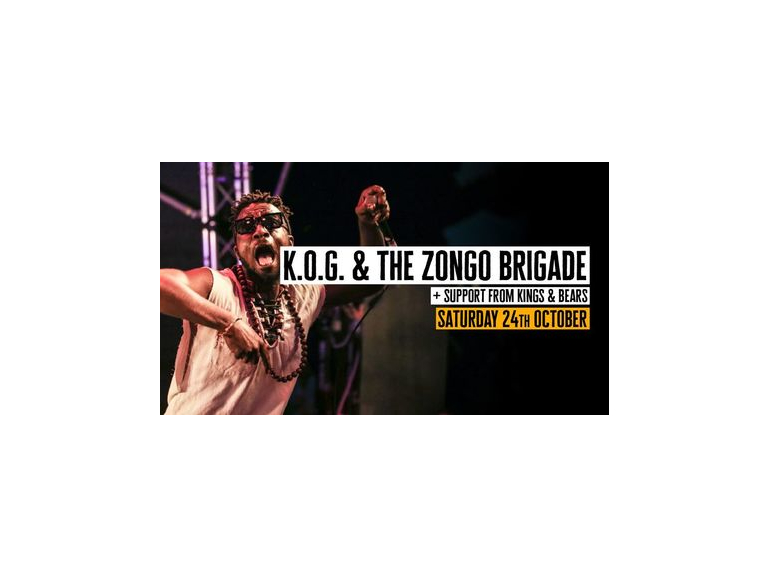 The band have played huge stages including Glastonbury West Holts, Reading and Leeds Festival, and clubs and venues across Europe.
Under the guidance of the outrageously talented Ghanaian force of nature Kweku Sackey, aka K.O.G, and the whirlwind of energy that is Jamaican rapper Franz Von, the 8-piece Zongo Brigade deliver infectious high-energy rap, operative vocals, hard hitting patois, unmistakable African rhythms, electric brass and thunderous percussion. With influences from afrobeat, soul, funk, rock and reggae they have fast gained recognition in the UK, Ghana and around Europe with their totally original sound that leaves every crowd dripping with sweat and begging for more.