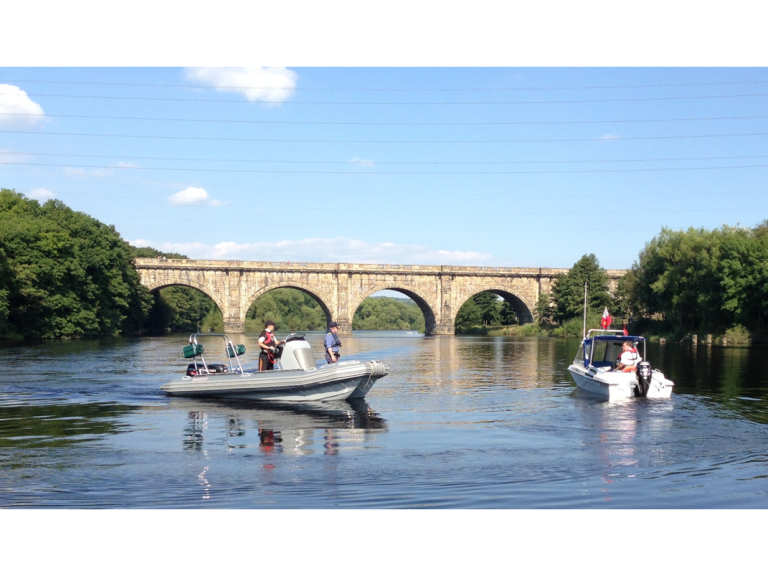 Members of the Morecambe Bay MVS assembled on August Bank Holiday Monday for a training day on the River Lune.

Whilst their boat is a very powerful craft one of the things that it is imperative that their members have to master is manoeuvring at a slow speed in moving water.

As their craft was originally designed to land Royal Marines right onto beaches it is therefore ideal for getting into all those inaccessible places along river banks that cannot be reached by foot and which other small powered boats wouldn’t be able to penetrate.

Their training therefore took the form of collecting litter from the river and they were joined by Eric Thresher with his company boat from Estuary Training and Morecambe & Heysham Sea Cadets Predator RHIB.

The River Lune is teeming with wildlife including swans, salmon and otters - and organisations such as River Lune Trust are working hard to improve the quality of the water.

Litter isn't just unsightly but has a negative effect on the river's wildlife, and with the river flowing straight into the Irish Sea the impact isn't just local! Litter can also present a hazard to river users, having the potential to foul propellers.

The volunteers were able to retrieve six bags of rubbish from the river, most of which was plastic and will be recycled.

Other litter included clothing, food packaging, a traffic cone and a motorbike! Sadly because part of the 'bike was well buried in the riverbed we were only able to remove parts of it but we intend to retrieve it all at a later date.