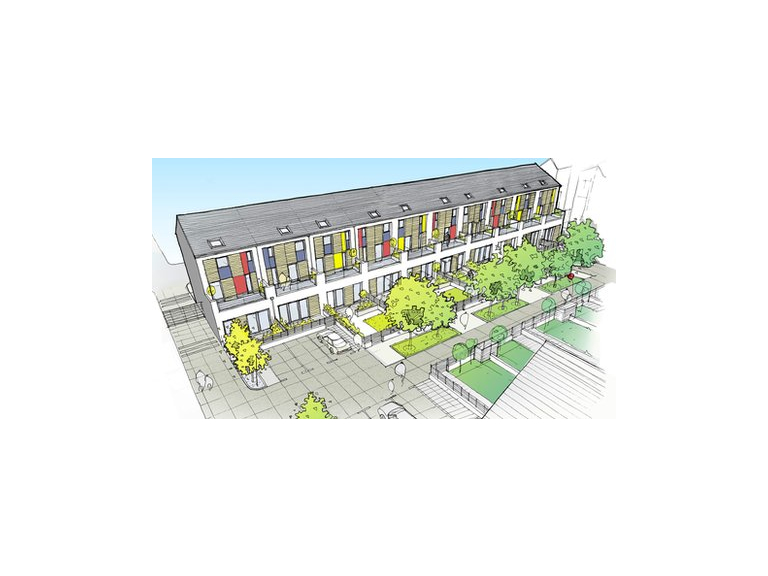 New homes and flats for neglected corner of Morecambe

A £5.5m plan has been approved to build 51 flats and houses in a neglected corner of Morecambe.

The project in Morecambe's West End hopes to build on the success of the refurbishment of the Midland Hotel.

The houses had been used as guest houses and were subject to a failed regeneration scheme, abandoned in 2010.

PlaceFirst, based in Manchester, will refurbish and remodel the terraces to create 51 new homes across two, three and four-bedroom flats and houses.

Rear extensions and back yards will be demolished to create a spacious residents' garden. The facade of the Victorian terraces at the front will be maintained.

A sketch of the new homes and flats in Morecambe

The homes will be built for the private rental market and managed by a housing association. Building work is due to begin in May and the first homes will be ready from June 2015.

Builders in Lancaster
To see the businesses in our Builders section, please click here.
Latest Articles

Carve the Perfect Pumpkin
Sign up for offers
Sign up for what's on guide
Popular Categories
By clicking 'ACCEPT', you agree to the storing of cookies on your device to enhance site navigation, analyse site usage, and assist in our marketing efforts.
For more information on how we use cookies, please see our Cookie Policy.