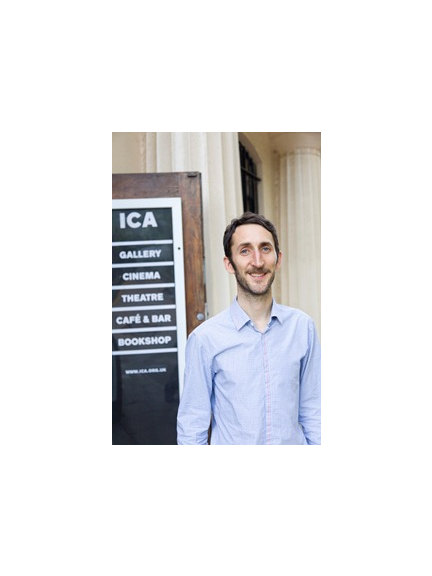 Live at LICA, the professional arts venue on the Lancaster University campus, has announced the appointment of a new Director following the departure of Matt Fenton. Jamie Eastman joins the organisation from his previous role as Curator of Performance at Arnolfini, Centre for Contemporary Arts, in Bristol where he held direct responsibility for the performing arts and moving image programmes.

Jamie has had a distinguished carer in arts programming across music, dance film and theatre.  His early career as a music promoter, record shop manager, street art enthusiast and recording industry professional began in Bristol in the 1990s. He moved to London in 1999 where, following stints at Domino and Rough Trade Records, he took up the post of Music Programmer at the Institute of Contemporary Arts (ICA). Between 2005 and 2007, he worked for Plexifilm, an independent film production company and documentary distributor based in New York.

In 2007, Jamie returned to the ICA after being invited to take up the post of Head of Live Performance where he was integral to pivotal events and exhibitions such as Becks Fusions (2007), 0-60 (2008), Calling out of Context (2009) (curated with Richard Birkett), Futures and Pasts (2010) (curated with Tim Etchells, Ant Hampton and Lois Keidan), LIFT 2010 and the Shunt weekender (2011). He joined Arnolfini in 2012 and has conceived and delivered a series of new mixed format inter-disciplinary seasons, notably the 4 Days series.

On his appointment Jamie says, "I’m extremely pleased to be taking up the post of Director at Live at LICA from November.  My experience and curatorial expertise across art forms will inform a multi-disciplinary approach to our programme, building on an already excellent legacy. The upcoming Autumn season at Live at LICA holds much to look forward to and I’m eager to get to know the region’s arts communities, audiences and students.“

Meanwhile the previous Director, Matt Fenton, has moved on to become Artistic Director / Chief Executive at Manchester’s Contact Theatre and said "I was really happy to hear about the new Director appointment at Live at LICA. Jamie's experience at Arnolfini fits him perfectly for the mix of contemporary art-forms that I was part of bringing together during my time in Lancaster. I know he will have a great time working with the fantastic Live at LICA team."