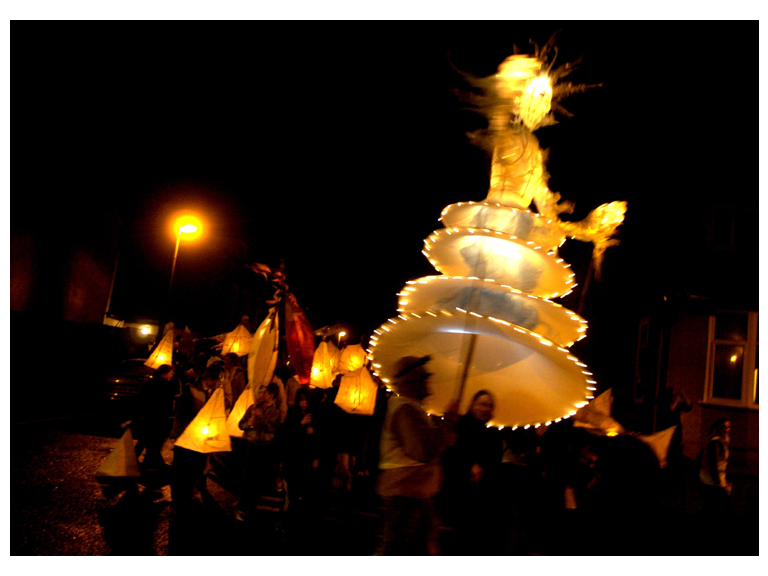 It’s not only fireworks that will be lighting up Lancaster this November. On November 2 – the night before Lancaster’s Fireworks Spectacular – the city hosts a new free family event –

Lancaster’s beautiful buildings and squares will be seen in a new light as they are animated by music, film, dance and art.

Discover corners of the city which often go unnoticed, hear the rhythms and sounds at the beating heart of the city or stumble upon a story from Lancaster’s past.

You can enjoy Light Up Lancaster at any time between 7.30pm and 9.30pm on Friday, November 2. Collect your guide to all the events in Dalton Square from 7.15pm on the night.

Dalton Square itself will be just one of the city centre outdoor venues lit up for the occasion thanks to fire poi performers and More Music’s illuminated instrumental Bell Tower.

Market Square will feature giant lanterns and the latest exhibition at the City Museum – Recuerdos De Mexico by Melling-based artists Sue and Pete Flowers - will be turned inside out as images are projected on to the historic building.

The Northern Lights Orchestra will provide live music to accompany your autumnal stroll. In nearby Marketgate, a Chinese ensemble orchestra lit by Chinese lanterns will play. Sun Square will become the setting for the screening of two films on the night. A dance film produced by Ludus Dance will be projected in the Square and a specially commissioned film by Lancaster-based theatre company imitating the dog will be projected on to the Music Room café.

Also during the evening, there will be dance flashmobs appearing across the city and the windows of some empty shops will be transformed to recreate stories from Lancaster’s past.

Light Up Lancaster is a First Friday event organised to promote Lancaster Arts City and is supported with funding by Lancashire County Council.

Every First Friday of the month, Lancaster Arts Partners aim to offer a range of free events encouraging residents and visitors alike to see the area afresh and try out something new on the arts scene.

There’s also a new Lancaster Arts City free app which can be downloaded by registering at www.artscity.co.uk The app is simple to use and includes helpful search features and a map featuring all the participating venues such as Lancaster’s Grand Theatre and The Platform in Morecambe.