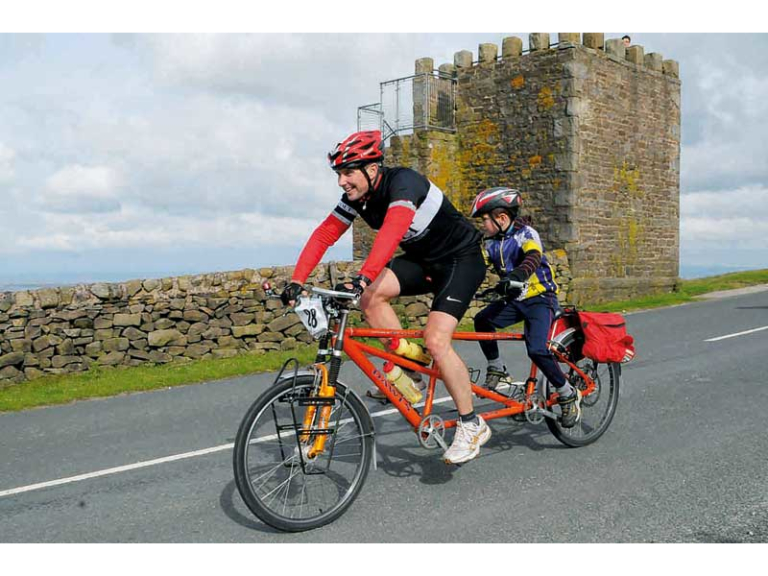 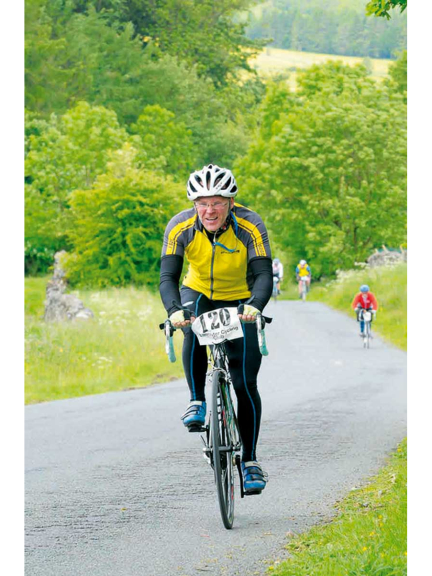 Le Terrier was formed in 2008 whilst pals were having a few malts after a particular hard day in the Dales on a club weekend. After one to many Graham Orr said 'what our club needs is a sportive', what did the others say 'well get on with it then!' and so Le Terrier was born.

Since then Le Terrier has evolved from two to three main routes which took over 2 years in the planning.

All 3 routes are similar to previous years with the exception, that the "easy" bits have been taken out and replaced with real Terrier terrain!

All 3 routes will take in Jubilee Tower and the Trough of Bowland with a split at Dunsop Bridge.

The Short route will then go straight through to the feed station at Slaidburn.

The Long and Medium routes will turn up over Wild Boar Fell to Chipping to then join last year’s route for the climbs of Jeffery Hill and Waddington Fell and on to the feed station at Slaidburn.

The long route will then go over Bowland Knots in the opposite direction to last year and does a big loop back to Slaidburn.

From there all three routes make their way over Cross of Greet and on to Wray.

Those of you wanting more take the road up Roeburndale, Littledale and Stock-a-bank to the finish at Lancaster, for an easier option there is an escape route down the Lune Valley to Lancaster.

As usual we will be using the Youth Hostel in Slaidburn as our main feed station for all 3 routes. We will also providing our individually baked and wrapped flapjack for other feed stations.

It is believed these routes to be the hardest sportive in the UK. Extra miles could have for the sake of it, but they have kept with their ethos - NO JUNK MILES!

Le terrier is acquiring minor cult status, a well-run sportive by a friendly cycling club in probably the quietest area of England with superb scenery and views.

Or more information about Le Terrier 2013 or to enter on-line go to http://www.le-terrier.co.uk/