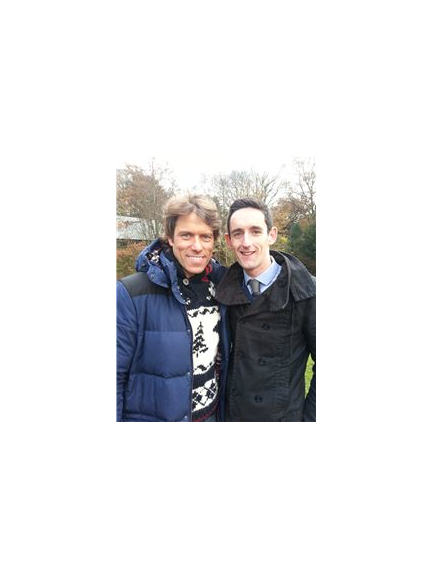 As the stage door closes on the filming of yet another prime time TV production right here on our doorstep, Lancaster can be proud that it played a crucial role in there being something special to watch on TV this Christmas!

Comedy drama ‘Panto!’, co-written and starring Liverpool comedian John Bishop at the city’s Grand Theatre will hit the screens at 9pm on ITV1 on Thursday December 27.

Other locations getting a share of the limelight in this festive production include Market Square, St. George's Quay and Williamson Park.

Bringing with it an all star cast including co-star Sheridan Smith, Mark Benton, Samantha Spiro and 1990s pop star Chesney Hawkes, it is the latest in a long list of productions for the Lancaster district, following hot on the heels of the BBC1’s award winning Turn Back Time: The Family earlier this year.

Both productions, along with many more, have benefited from the help of Lancaster City Council to turn an artistic vision into a reality watched by millions.

To assist Baby Cow Productions in the filming of the festive comedy drama, city council officers were called upon to both find and provide film locations which ticked all the right boxes as well as temporary office, storage and parking facilities.

Coun Ron Sands, Cabinet member with responsibility for culture and tourism, said: "The filming of 'Panto!' is another fantastic coup for the district and it is hoped that this star studded production will put the district under the national TV spotlight again and promote what it has to offer to millions of potential new visitors.

“At the same time, when it appears on TV, it should give everyone who lives in our district a tremendous sense of pride that our beautiful area is in such great demand.”

Anna Lee, Location Manager, said: "Lancaster provided us with absolutely perfect locations for the filming of 'Panto!' The charm of the Grand Theatre and all the other locations alongside the help and friendliness of everyone in Lancaster was exceptional.

“The support and help that we received from the location owners, council departments, local businesses and people made filming 'Panto!' an extremely successful and enjoyable production to be involved in. I strongly recommend Lancaster as a filming location for other productions."

Both working and living in the district during filming alongside the cast and other members of the production team, Line Producer, Richard Moat, said: "We found Lancaster to meet all our needs during our shoot for 'Panto!' based at the fabulous Grand Theatre with a range of other locations close by to suit our requirements.

“Costs of accommodation for all our crew were competitive with great support from local services including local council departments. I can certainly recommend Lancaster as a suitable base for any future productions."

Recent assistance given to film and TV production companies by the city council being the first port of call for filming in the district include: