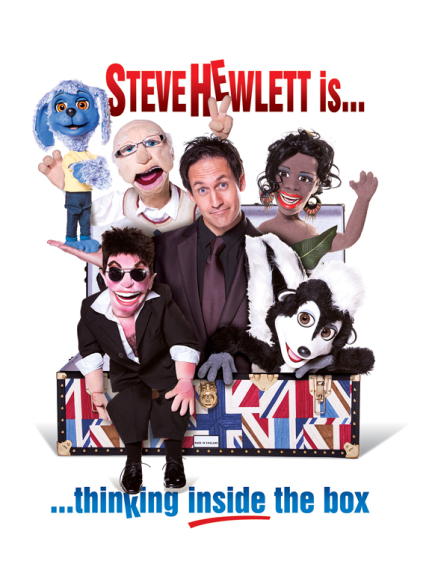 A Britain’s Got Talent star and Lancaster’s very own Jane Austen are just two of the First Friday highlights this March.

Steve Hewlett was a finalist in the popular ITV talent show last year and will appear with his Friends at Lancaster’s Grand Theatre on March 7.

From talking hands to bottles of water, from Arthur Lager to Little ‘Simon Cowell’, Steve and his creations won the hearts of the nation. His Lancaster show starts at 7.30pm and tickets are £16-£18.

Also carving out a national name for herself is Lancaster’s Jo Baker who will be presenting her new novel Longbourn at Lancaster Library from 7.30pm on March 7.

At this free event, Jo gives voice to the servants of Jane Austen’s Pride and Prejudice in this story of romance, intrigue and drama among the servants of the much loved Bennet household.

The opening of a new exhibition and a film premiere are also part of the First Friday line-up this March.

The Thomas Storey Gallery will host the free opening event for At The Edge, a new exhibition by London-based artist Jessica Holmes who will be there on the night from 6pm.

And over at Ludus Dance from 7.30pm, you can experience the talents of some of the North West’s emerging artists with a series of short ‘guerilla-style’ films  at this pay what you can event.

First Fridays promote Lancaster Arts City by encouraging residents and visitors to try something new on the district’s cultural scene on the First Friday of each month.

Other treats taking place on March 7 are Recalibrate, the first UK solo showcase of work by acclaimed Taiwanese artist Wu Chi-Tsung which is open from 11am-5pm for free at both the Peter Scott Gallery at Lancaster University and The Storey;  Pocket Sized Taming of the Shrew at Lancaster Castle from 8pm, tickets £5; An August Bank Holiday Lark at The Dukes at 7.30pm, tickets £12.50-£19.50; the Real Music Disco at the Gregson Centre from 8pm, tickets £2-£4; and The Jazz Mansion at Forrest Hills from 8pm, tickets £15.For more information on Lancaster Arts City, First Fridays and the free ‘what’s on’ app, visit www.artscity.co.uk

Theatres in Lancaster
To see the businesses in our Theatres section, please click here.
Latest Articles