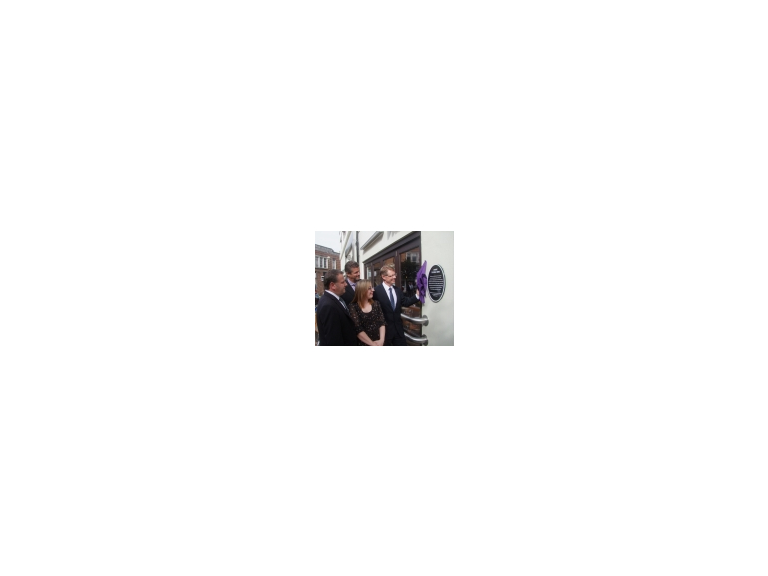 One of Morecambe's most famous daughters, Dame Thora Hird DBE was honoured with a plaque in Morecambe earlier this month.

The plaque comes as the result of a campaign which was lead by David Morris MP. David contacted pub chain JD Wetherspoon whose Eric Bartholomew pub is located just a few meters away from where the Royalty Theatre once stood.

Dame Thora was born in Morecambe in 1911, her Dad James was the manager of the Royalty Theatre where Thora made her theatrical debut at just two months old.

Thora is fondly remembered by millions as playing Edie Pegden in the BBC series ‘Last of the Summer Wine.’

“The Eric Bartholomew is named after Eric Morecambe and stands very close to where Thora was born. I approached Wetherspoon Chief Executive John Hutson who very quickly agreed to the idea. I am very grateful to John and his team for their support”

Dame Thora Hird’s Granddaughter Daisy Torme said from her home in Hollywood, California:   "On behalf of my entire family, we are very happy for any tribute that shines a spotlight on the long lifetime of incredible work my grandmother did...especially in her beloved Morecambe!"

Wetherspoon chief executive John Hutson said:   “ We are delighted to play our part in this excellent tribute to Dame Thora Hird.”   “Our pub, The Eric Bartholomew is at the heart of Morecambe’s social scene and I am sure that customers and passers-by will welcome the plaque.”   “Our thanks to David Morris MP for approaching the company with the idea.”

There is also a photographic tribute to Dame Thora Hird inside the pub.