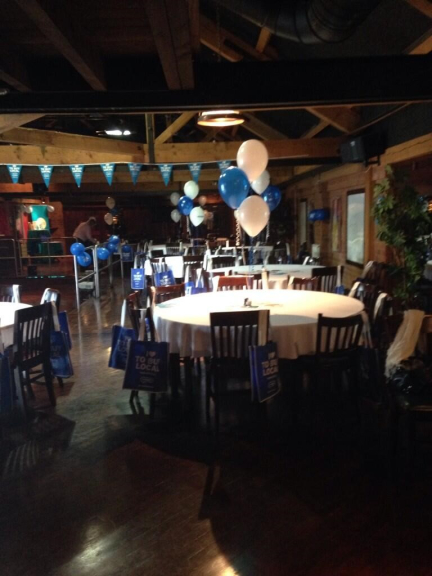 On the 20th of May, Bookkeeping4u appeared at the Best of Hereford’s Event, this was held at TGS Bowling in Hereford in the evening.

We were one of seven companies who had a business stall setup, and the rest of the people that came were invited guests. We had an expected turnout of over 70 people from local Hereford businesses so it made for a really good atmosphere which further on led to us overall having a really good night.

Overall I was really pleased with how the stand looked once we had finished setting up. We had a nice lit up spot in the corner of the room that dragged attention to our lovely little display featuring Xero our partners!

The night continued with Hannah from The Best Of putting on a show and calling up all new Local business owners to deliver a two minute speech about their business and to collect The Best of Hereford Awards, we were very happy to be one of the companies to gain an award. There was also a really interesting talk on social media by Heather Gorringe from local Hereford Company Wiggly Wigglers (pictured below). My name is Sam Gould, I currently work for Bookkeeping4u as an accounts assistant. Bookkeeping4u is a family run business that consists of me working alongside my uncle with clients both local and further...