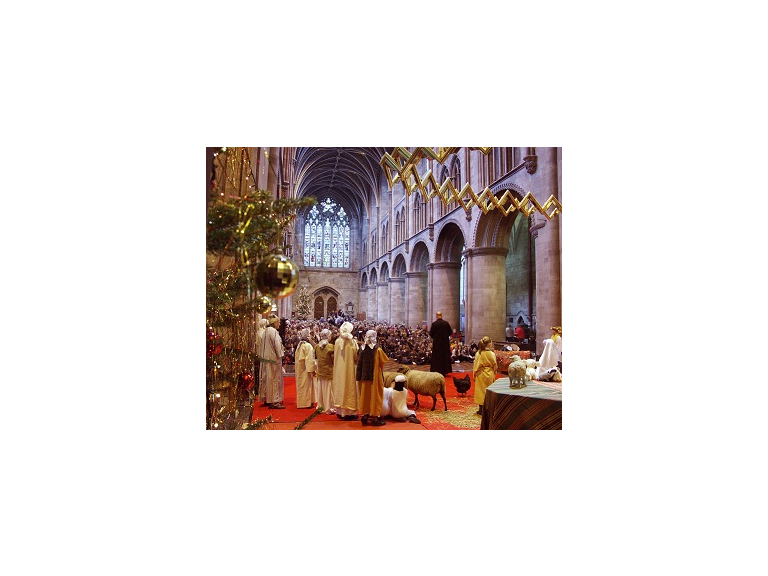 The Nave in Hereford Cathedral was packed with over 600 primary school children from 5 city centre schools for a Nativity Service which involved real sheep, donkeys and even a chicken on Wednesday 12 December.

Children from each of the schools took the roles of characters in the nativity story with Mary riding donkey Gentle led by Joseph. A stable tableau was formed on the plinth as the story unfolded.

The Nativity Pageant was originally devised and created by Canon Andrew Bowden and his wife Susan, and working with an enthusiastic and dedicated team of helpers take the animals to churches and cathedrals throughout the year. They portray different stories from the Bible, as donkeys feature in both the Old and New Testaments. However Wednesday’s service was the first time they had visited the Cathedral here in Hereford.

'It was a wonderful occasion’' said the Dean of Hereford, the Very Revd. Michael Tavinor, ‘it was lovely to see so many children taking part in and enjoying the Christmas story and it will be one that we all will remember for a long time.