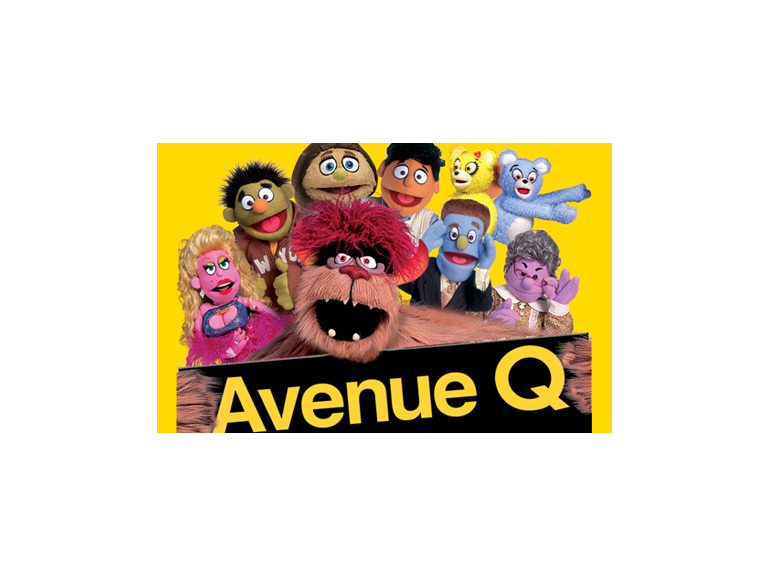 I had heard quite good things about the production Avenue Q but when I heard that the local musical theatre company were taking this on as a production I was a little hesitant.

When someone says puppets and musical theatre your immediate reaction is ‘okay, i’m not sure about that’.

But after about five minutes into this production all my expectations were blown away. If the Hereford Musical theatre had ever become synonymous with being an amateur group then think again. Each and every member of the cast had absolutely stunning voices and completely believable characters.

Growing up in Kent I have been privileged enough to go to several West End productions and I can honestly say I don’t think any of the performers last night would have looked out of place.

This is a musical for grown ups, set on the street of Avenue Q, where the characters are trying to figure out the world and themselves. The focus being on finding their ‘purpose’. It addresses everything from racism, sex,  sexuality and life.

I was howling with laughter one minute and genuinely crying the next. The song ‘There’s a fine, fine line’ was sung beautifully, by Holly Clack playing Kate Monster, if she doesn’t have a career in musical theatre then I would be surprised.

The whole cast were exceptional and really brought their character to life and everyone was so committed to the performance they remained really professional throughout.

I really commend director, Richard Davies, for really cleverly utilising the set and the casting seemed so accurate, it was almost scary how similar the puppets and performers were.

I really enjoyed this performance from start to finish and if they still have any tickets left I would really urge you to see it. It is at the Tomkins Theatre, Whitecross Road, until Saturday 2nd May.