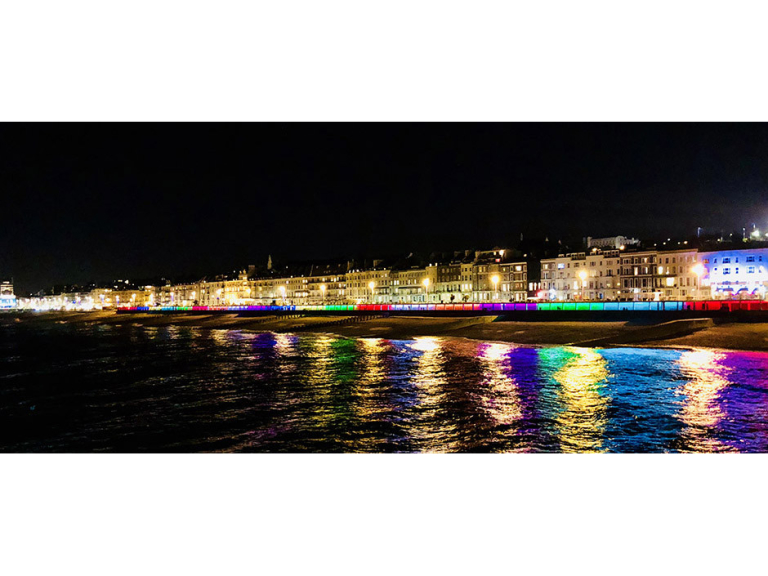 Every night there is a light show at 7.30pm and 9.30pm, with an extended show on Fridays.

Bottle Alley is the 480 metre lower deck of Hastings Promenade that runs between the Pier and Warrior Square. Named after the countless multicoloured pieces of glass bottle embedded in the concrete, Bottle Alley was built in the 1930’s by the town’s borough engineer Sidney Little who became known as the ‘Concrete King’ of the South Coast. He loved concrete and also designed the baths at White Rock, now The Source Park and West Marina, as well as the sea defenses.

Formerly opened in 1934 the design of Bottle Alley was intended to allow visitors to walk along the top during good weather and underneath when it rained; specifically so that residents and visitors could make the most of the wonderful, fresh sea air.

During 2016 extensive concrete repairs and full redecoration were carried out.

During 2017 a colourful LED lighting system was introduced. Every night there is a light show at 7.30pm and 9.30pm, with an extended show on Fridays.