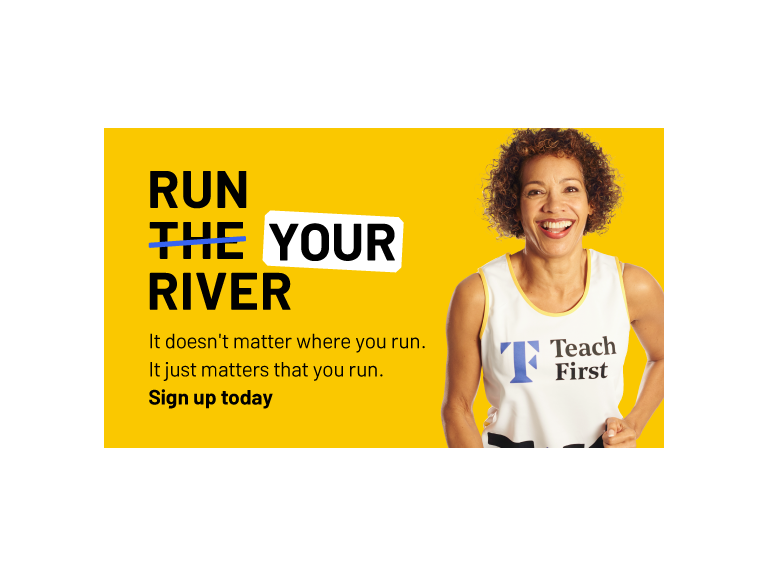 Our annual flagship fundraising event, Run the River, has traditionally seen 3,000 people run along the River Thames on a single evening to raise vital funds for our work supporting the UK’s most disadvantaged schoolchildren. This year we’re keeping the event virtual and flexible, which means you can get involved from anywhere in the world.

This year, it doesn’t matter where you run – it just matters that you run.

Entries are officially open, so you can sign up now and take part between 7 - 12 September.