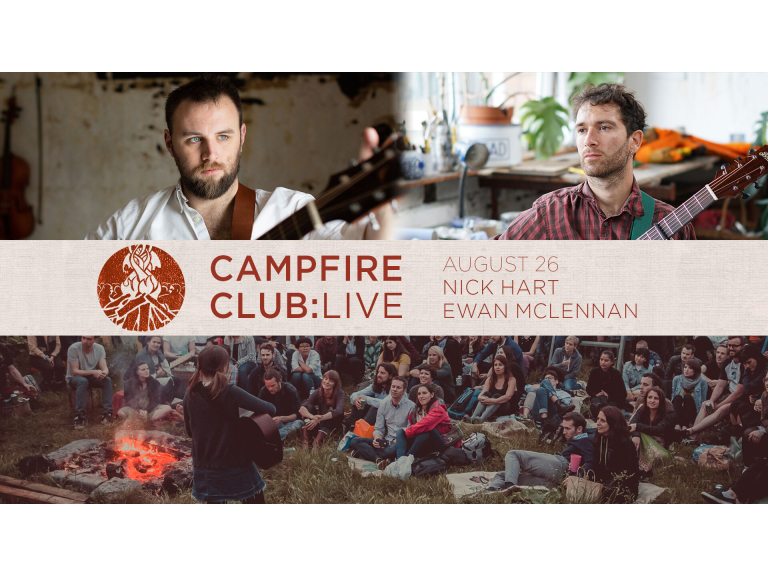 This August, we are gathering in beautiful green spaces in London, Bristol and Sheffield to hear extraordinary live music.

In the simple way that people have done for thousands of years, we will come together around the fire to enjoy music, food, drink, and the company of others.

Nick Hart is a folk singer deeply rooted in the English tradition. Raised in a family of morris dancers, Nick played instrumental music for many years before discovering his passion for traditional song. Whilst studying for an ethnomusicology degree, he began to explore the large body of recordings of traditional singers from the second half of the 20th century, and this led to several years of fevered study and many nights spent at folk clubs and festivals, honing his skills as an unaccompanied singer.

Nick’s initially hardline attitude to the accompaniment of folk songs has softened over the years, but his love of the nuances of traditional singing informs his minimal guitar accompaniment, and his songs are delivered with a great emphasis on storytelling. His repertoire of songs, drawn largely from his native East Anglia, reflect his understanding of both the depth and breadth of material within the English tradition and he is fast acquiring a reputation as an engaging and entertaining performer.“Uncluttered, great singing that reminds me of the very best English roots singers… this is the real deal” – Mike Harding
Ewan McLennan

Ewan McLennan first emerged onto the UK folk scene with the release of his debut album ‘Rags & Robes’. The recording gained much critical praise, was described by Maverick as ‘a collection of truly captivating songs’, and featured in MOJO’s top ten folk albums of 2010. After an appearance on the BBC Radio 2 Folk Show and a televised performance for the Celtic Connections Festival at the Glasgow Royal Concert Hall, his debut was capped by winning the BBC Folk Award’s Horizon Award in 2011.

Ewan’s music was immediately noted for its depth of feeling and sincerity, something which comes from his respect and passion for the music he plays. Whether singing haunting traditional Scottish ballads or weaving the powerful stories that make up his own songs, Ewan’s unique, moving and earthy voice is always compelling. Having performed with and been taught by a number of world-renowned guitarists, from Martin Simpson to Robin Hill and Gerry Douglas, his own guitar playing is recognised as outstanding and forms an essential part of his music.
More