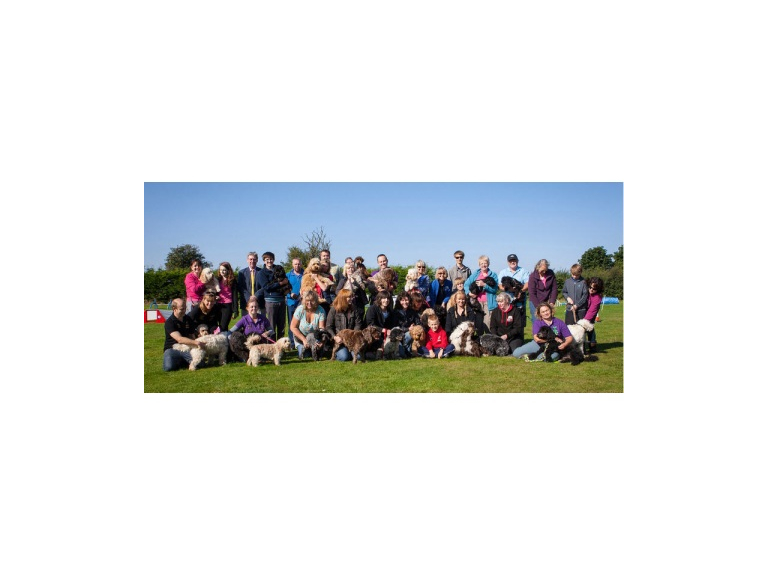 The phone rings ... “Hello I’m Mick Watson, organiser of the Cockapoo Games”. I’ve had some interesting phone calls over the years, and as an opening line that ranks right up there, however what a great phone call this turned out to be. Mick has a couple of Cockapoo dogs – a Poodle Spaniel cross – and with his wife Jeanette runs A1K9s, a dog training school in Newark Nottinghamshire. The idea for the Cockapoo Games came from Mick’s background as an RAF Police Dog Instructor. A mixture of obedience and agility (think assault course for dogs) were the exercises for the day, although with the Cockapoo being an intelligent and playful dog I did sometime wonder if the dog was the one being trained or the owners. I’ve covered dog agility and obedience competitions before and they have been interesting, if a little formal. In contrast Mick and his colleagues had managed to turn that on its head and make the day fun with a well run, if a little lazy on the time keeping, competition. Yet that didn’t really matter, the weather played its part providing excellent sunshine and a better excuse for being outside enjoying the day would be hard to imagine. The thing that struck me the most though, was the good nature of the Cockapoos. There were a few playful growls and barks, but never any anger in their attitude. They were having just as much fun, if not more, than their owners. Most of the time they were just happy to be with the other dogs and roll about on the grass or find something worthy of a quick inspection before running off to the next adventure. I went slightly overboard with the photos – 169 high definition photo is taking a long time to up load so if broadband is slow in Grantham today – sorry it is my fault. By the time the dog agility competition started the sunlight had moved around making the action shots difficult without me getting in the way of the competition. Hopefully the Cockapoo Games 2012 was the start of something that will run for years to come. If it does, I hope the phone will ring again next year. Click here to see the full set of images.