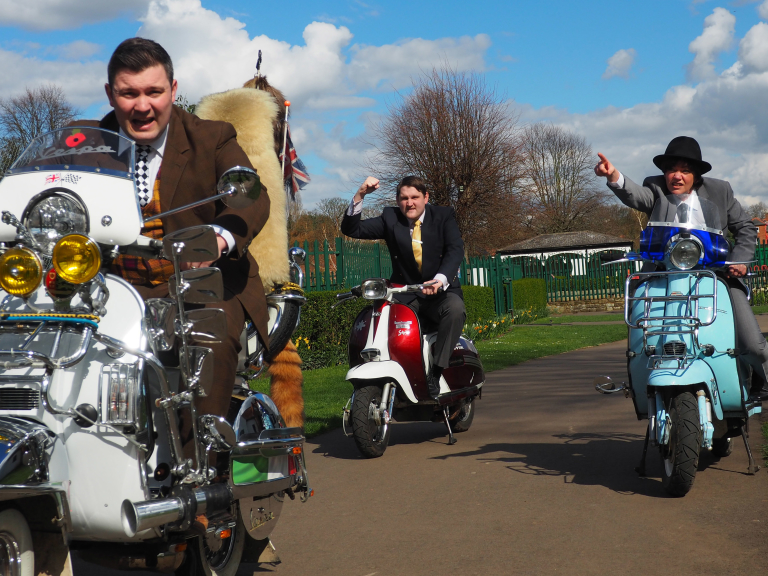 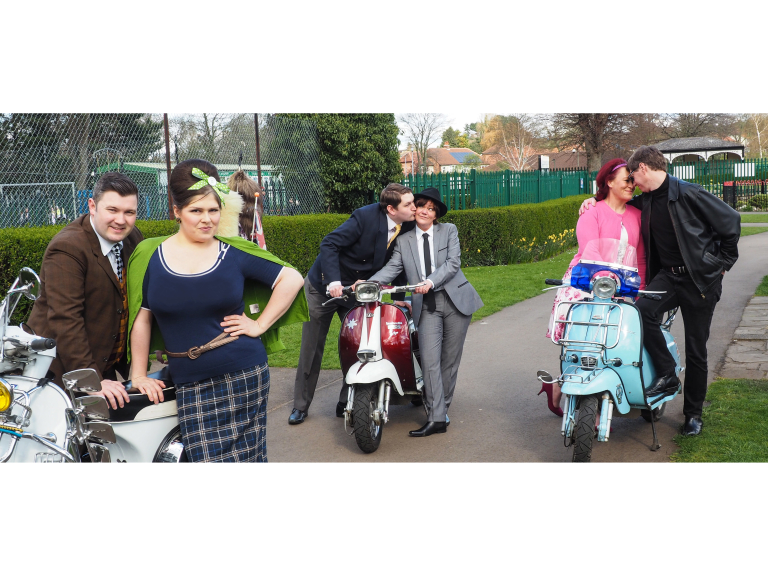 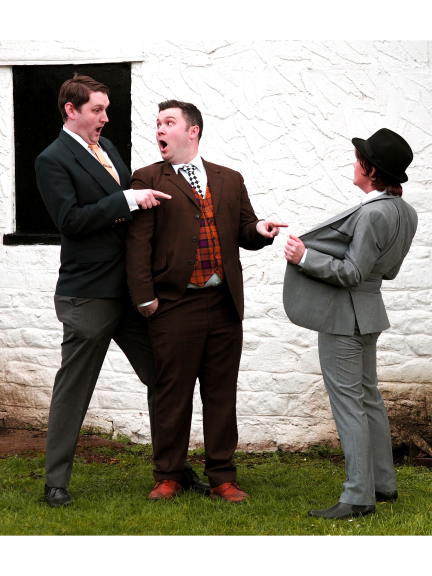 The production will be the East Midlands amateur premiere of the comedy which won praise around the world.

Set in sixties Brighton, the play tells the story of loveable chancer Francis Henshall, played by Steve Sale. Recently fired from his skiffle band and desperate for a square meal, Francis has taken on two jobs, for two guvnors. Throw a murder, false names and a decrepit waiter into the mix and Francis has his hands full. Can he keep his two bosses happy and, more importantly, away from each other?

With their lives revolving around crime and getting away with it, everyone has their own agenda. From Brighton boss Charlie ‘The Duck’ Clench and his business deal to marry off daughter Pauline, to Rachel Crabbe who is disguised as her own dead twin brother, things can get complicated.

Co-Director Lee Johnson commented: “Francis is central to the plot and he’s such a fun character. He’s not the sharpest tool in the box so trying to hold down two jobs as minder to two different bosses is a big challenge! Plus, he can’t seem to get a square meal and is trying to secure a week in Majorca with love interest Dolly.” Co-Director Joy Wilson continued “This is a play that has everything – physical comedy, sparkling one-liners, farcical situations, music, love and death. The plot will keep you guessing while the comedy will keep you chuckling.”

GDS Chairman Paul Meakin remarked: “This show was a massive hit in the West End, on tour and on Broadway and really propelled James Corden into world fame as leading man Francis. We’re so lucky to have the East Midlands premiere right here in Grantham, and we’re sure the audiences are going to have a great time. I’d like to thank Grantham Daytrippers Scooter Club for giving up their time to let us use their scooters in our sixties-themed photo shoot. We want everyone to enjoy theatre so we’re continuing our opening night offer (Wednesday 11th May) when tickets are from just £7.”

‘One Man Two Guvnors’ runs from 11th to 14th May, with curtain up at 7.30pm nightly. Tickets are on sale now from the Guildhall Arts Centre on 01476 406158 or book online via www.granthamdramaticsociety.co.uk. GDS welcomes new members and encourages anyone interested in theatre to get in touch.