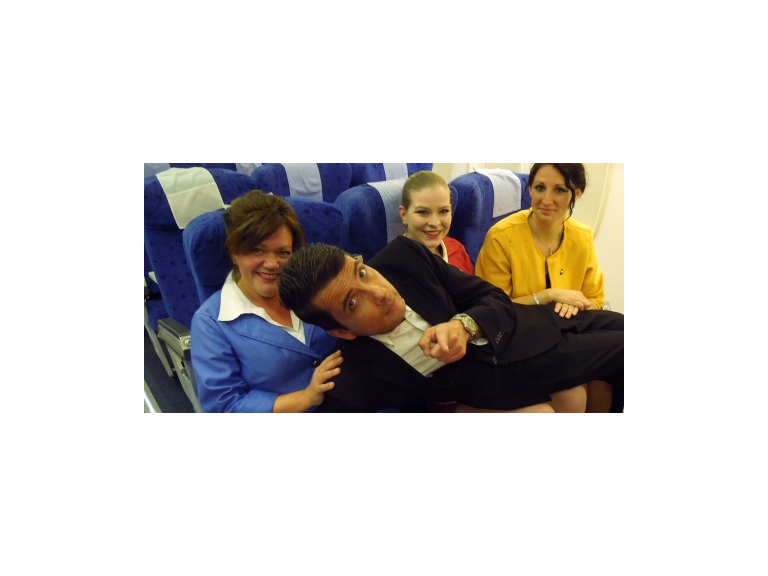 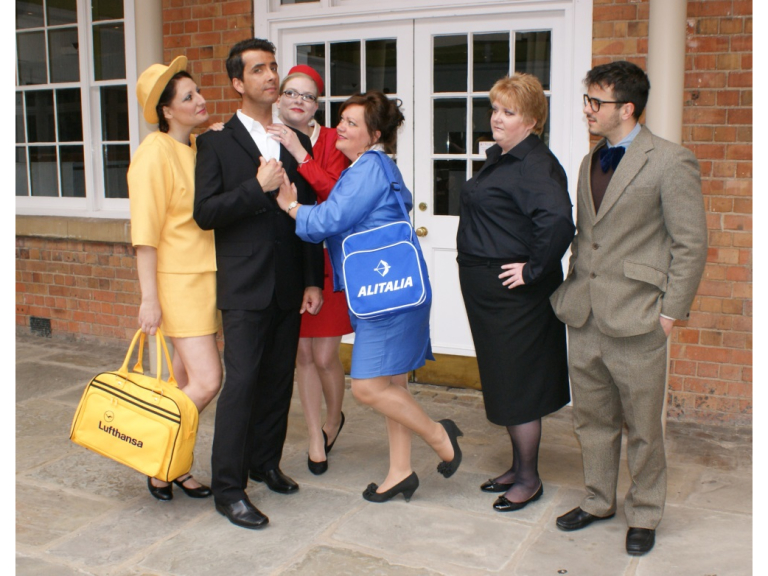 Grantham Dramatic Society’s actors are about to take flight with a mile-high farce from ever popular writer Marc Camoletti. ‘Boeing-Boeing’ will be on stage at the Guildhall Arts Centre from 5th to 8th June.

The town group, which has recently been nominated for awards from the National Operatic and Dramatic Association, will be one of the first groups to perform ‘Boeing-Boeing’. The show’s Co-Director, Jo Toomey, commented: “We last produced a play by Marc Camoletti in 2007 – the farce ‘Don’t Dress for Dinner’. It went down really well at the Guildhall so when this play recently became available we couldn’t resist!”

The play follows 1960s Parisian lothario Bernard who is proud to have three air hostess fiancées. They never meet thanks to their various airline timetables, but bad weather and faster planes spoil Bernard’s careful planning. His long-lost friend Robert and housekeeper Bertha get roped in to help keep American Gloria, German Gretchen and Italian Gabriella apart.

The rest is full-on farce complete with slamming doors, mistaken kisses and sauerkraut! Co-director Mark Brown added: “I saw this show last time it was playing in the west end, and it had me in stitches; the characters are so much fun! Being set in the sixties we had a lot to work on with the set and costumes, but it’s going to look great on the stage.”

GDS have also produced a promotional video for Boeing-Boeing which can be viewed on the GDS website or via YouTube: http://www.youtube.com/watch?v=E5rS3gC7jpc Catch

‘Boeing-Boeing’ on stage at the Guildhall from 5th to 8th of June; tickets are available from the Guildhall on 01476 406158. For more information about GDS visit www.granthamdramaticsociety.co.uk.