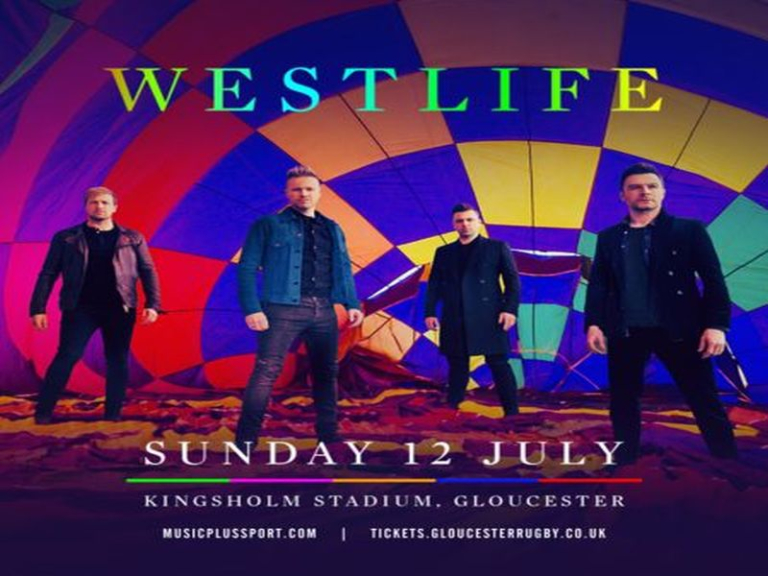 Westlife - the UK's top selling album group of the 21st Century - will be heading to Kingsholm Stadium in Gloucester on Sunday 12th July 2020 for a spectacular concert!

The spectacular summer tour, which includes a date at Kingsholm Stadium on Sunday 12th July 2020, will see the global pop kings perform all of their greatest hits including 'Swear It Again', 'Flying Without Wings' and 'You Raise Me Up' as well as sensational up-tempo new songs from their forthcoming new album 'Spectrum'.

"The reaction to our comeback tour was beyond anything any of us ever imagined so we're going to do it all over again but this time in some of the largest outdoor venues in the UK. The shows are going to be incredible and will include all our greatest hits. We can't wait to perform at Kingsholm Stadium", say the band.

Westlife have sold more than 55 million records worldwide and are the only band to have their first seven singles enter the UK chart at No.1. They also have the most singles of any artist to debut at No.1 in the UK. Overall the band have had an incredible 14 No.1 singles, behind only Elvis Presley and The Beatles. They have had 33 No.1 albums worldwide and as a live act have sold 5 million concert tickets worldwide.