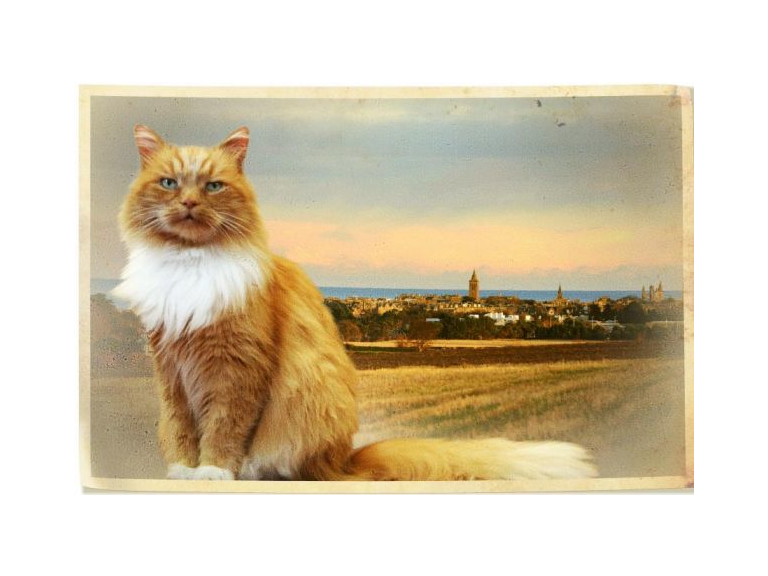 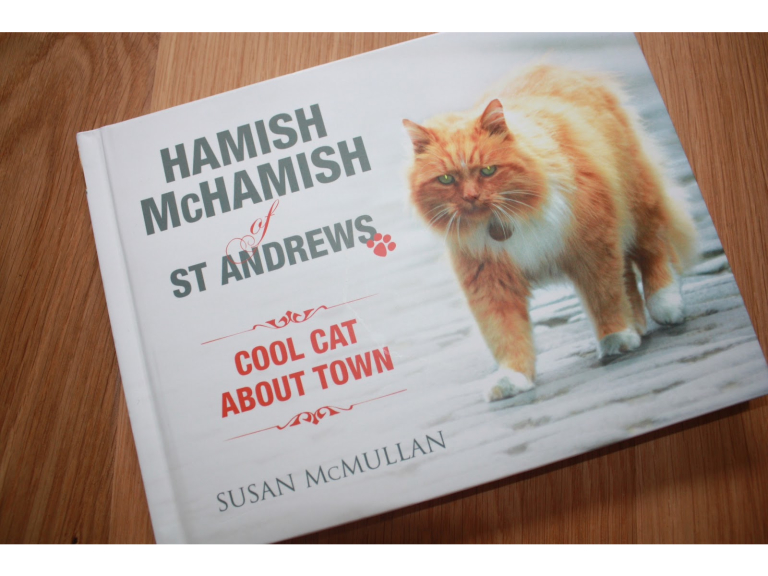 People visit Saint Andrews from all over the globe, hoping to catch a glimpse of the town’s resident celebrity. Often dubbed ‘Greyfriar’s Moggy’, Hamish McHamish is the cool cat about town that everyone wants to meet. Now considered a town veteran at 14 years of age, Hamish once belonged to Marianne Baird, but at the age of 1, he chose to broaden his residential horizons to the town of Saint Andrews at large. Hamish spends his days sauntering from place to place; when he is not out promoting his best-selling book or making television appearances, Hamish can be found curled up on a shop chair, charming the local delicatessen for a light supper or offering University students a cuddle and some feline love, in their home away from home.

Easily identified, Hamish is a handsome male with strawberry blonde hair and piercing green eyes. If you have yet to spot him in town, you can follow his social media pages which detail his daily adventures. You will soon be able to visit his commissioned bronze statue which has been created by Kilmany based artist David Annand. The statue is to be located on Logie’s Lane in the centre of St Andrews and is planned to be unveiled on April 5th at 10.30am. It is hoped that Hamish himself, will make an appearance on this special day! I can’t think of a better way to commemorate the ongoing life of this purrrfect local gentleman.

Culture in Fife
To see the businesses in our Culture section, please click here.
Latest Articles

Get Your Kitchen Renovated and Save Your Money with McQueen Installers of Fife,