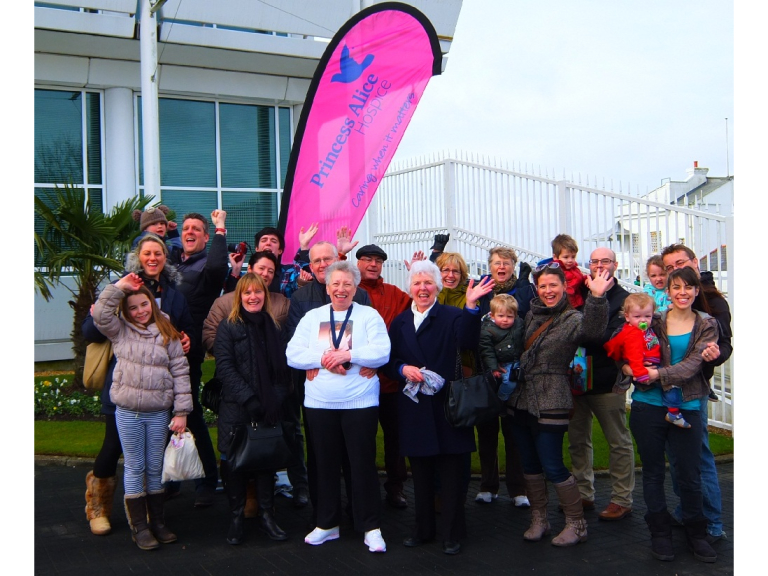 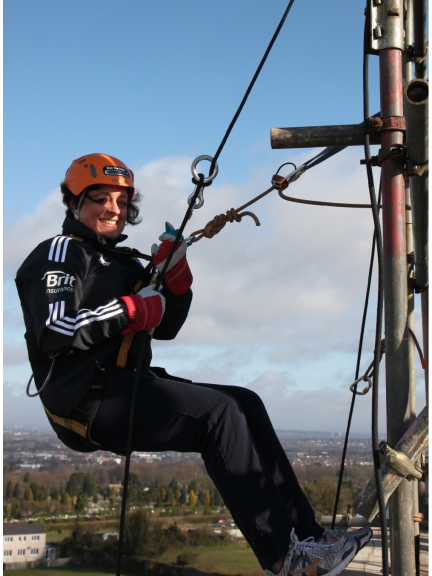 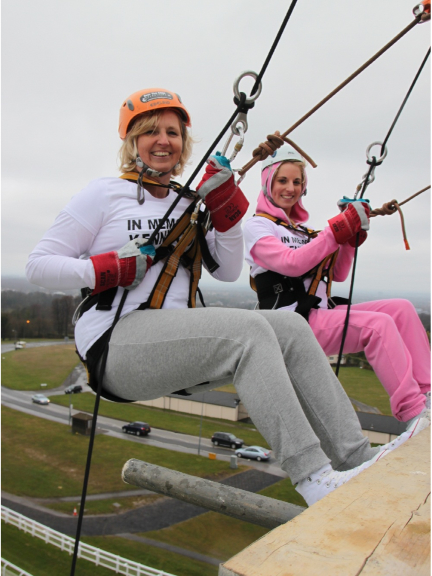 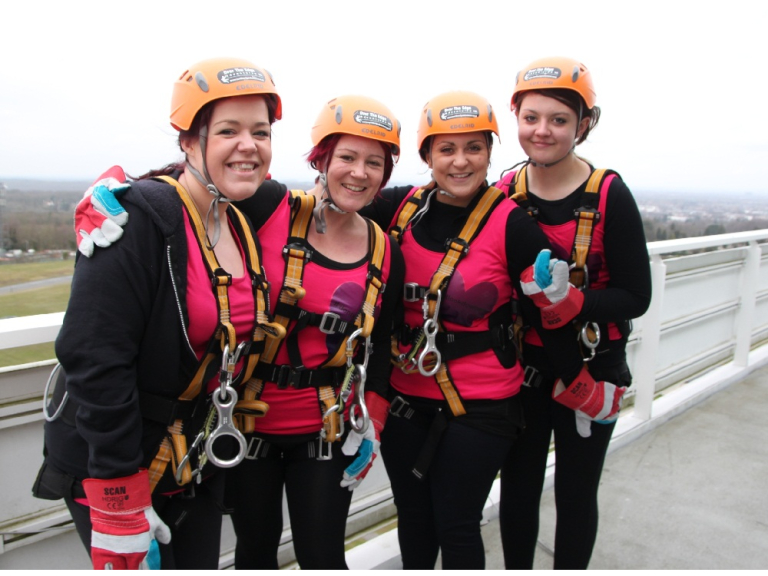 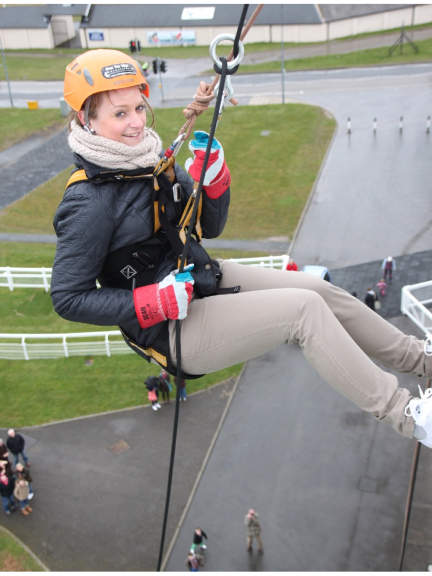 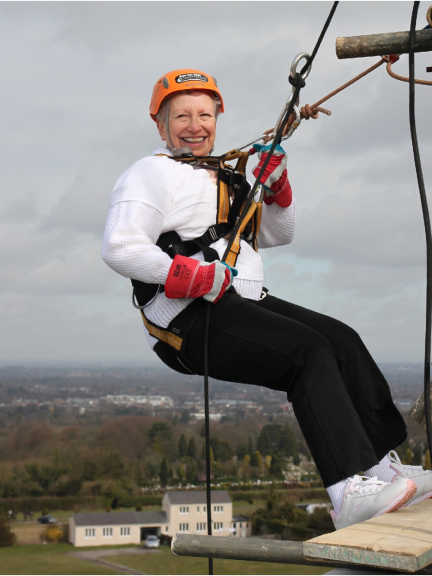 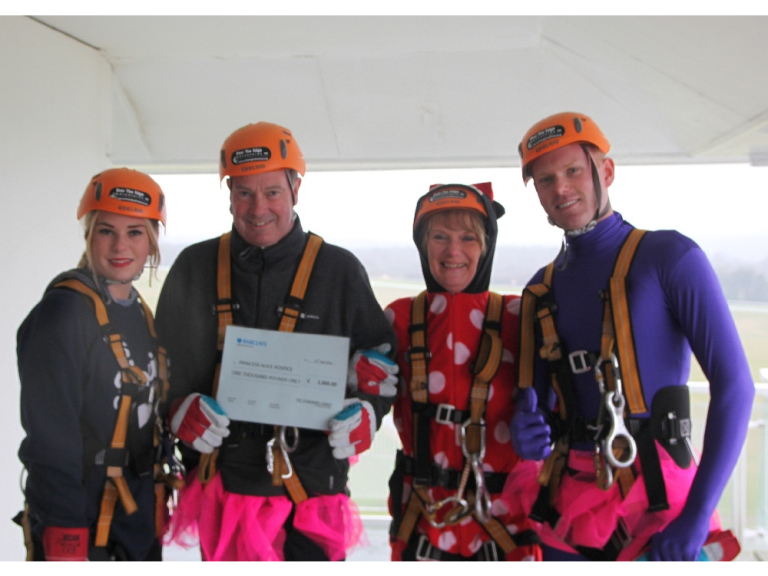 A team of 66 Princess Alice Hospice supporters went to dizzy heights in their efforts to raise money this weekend, during a sponsored abseil at Epsom racecourse.

The group braved the wind and rain to abseil 90 feet down the Queen’s Stand on Saturday (13 April 2013), with many of those taking part conquering their fear of heights in their own personal challenge to raise funds for the Hospice.

Amongst the group taking part was Sandra Harper, 65, from West Ewell, who completed the challenge in memory of her son Dan ‘Spanners’ Riglin, who died at the Hospice aged just 32.

Sandra said: ‘Epsom Grandstand is a very poignant place to be doing the abseil as it was where Dan got married. I’m scared of heights, so Dan would probably say "What the hell do you think you are doing mum?"’.

Many of the supporters who took part in the event were abseiling in memory of a loved one. Naomi Myers, 39, from Epsom, was abseiling as part of a team of four in memory of her Grandma who died three years ago. Naomi was abseiling with Hannah Myers, 31, Rhea Myers-Knight, 13, and Fay Allen, 28.

She said: ‘The Hospice cared for my Grandma and they are also looking after Fay's Grandma at the moment and so it means a lot for us to be here. It was such an amazing experience. My legs feel like jelly now but it was a great experience.’

Ashleigh Tennent, Senior Community Fundraiser said: ‘It is always a great feeling to see so many supporters completing their personal challenges. This year we had a real family event with people ranging from 12 to 70 years of age. It is testament to the dedication and enthusiasm of our supporters that they battled through the rain, now they have the challenge of collecting their sponsorship money. The participants have pledged an incredible £17,000 and with members of the Standring and Bannister families bringing their £1,000 cheque, I am confident we will break and greatly exceed our target’.