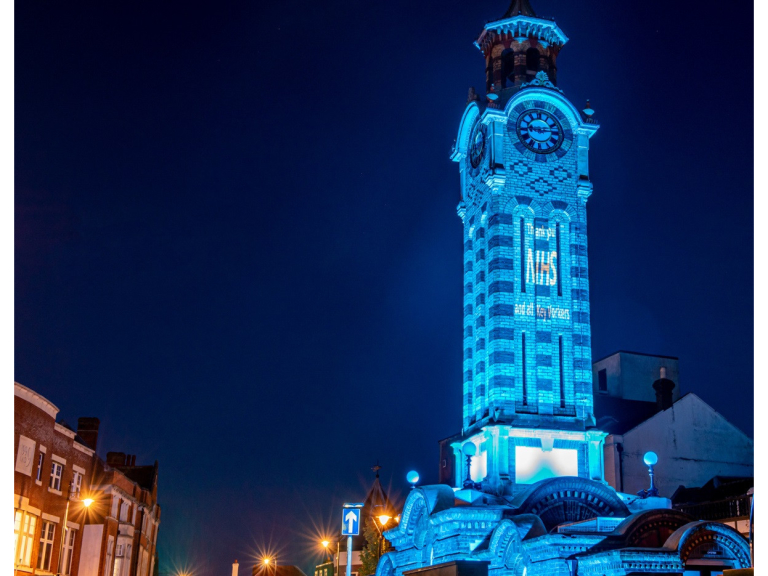 Essential restoration work on Epsom’s historic clock tower will start earlier than originally planned, a consequence of this year’s Derby being postponed.

Built in 1847 and praised by Charles Dickens, the clock tower became the heart of the borough when, in 1937, the charter declaring Epsom and Ewell a Borough was presented at its base.

The refurbishment will include masonry restoration to the lower section, refurbishment of doors and windows and replacement of the lower level roof covering and dome windows.

Listed building consent has been granted and the six week project will be carried out by a specialist contractor.

Councillor Eber Kington, Chair of the Strategy and Resources Committee, said “The clock tower is an icon of Epsom, part of the borough’s heritage and a listed building which the council has a legal duty to maintain.

“It’s exciting that we have reached this major milestone in the renewal of the market place of which the clock tower is the focal point.

“As the retail sector recovers from the consequences of Covid-19, we want to do everything we can to ensure that the market place and environs are a welcoming and safe destination, where, in the future, events can take place, visitors and locals can relax and local businesses can thrive”.

The refurbishment was originally planned to start after the Derby, so the larger than normal amount of visitors to the town would not see the structure in scaffolding. However work will now commence the on Monday 18 May. It is being funded from the budget for essential maintenance work to council owned buildings.

The history of the clock tower 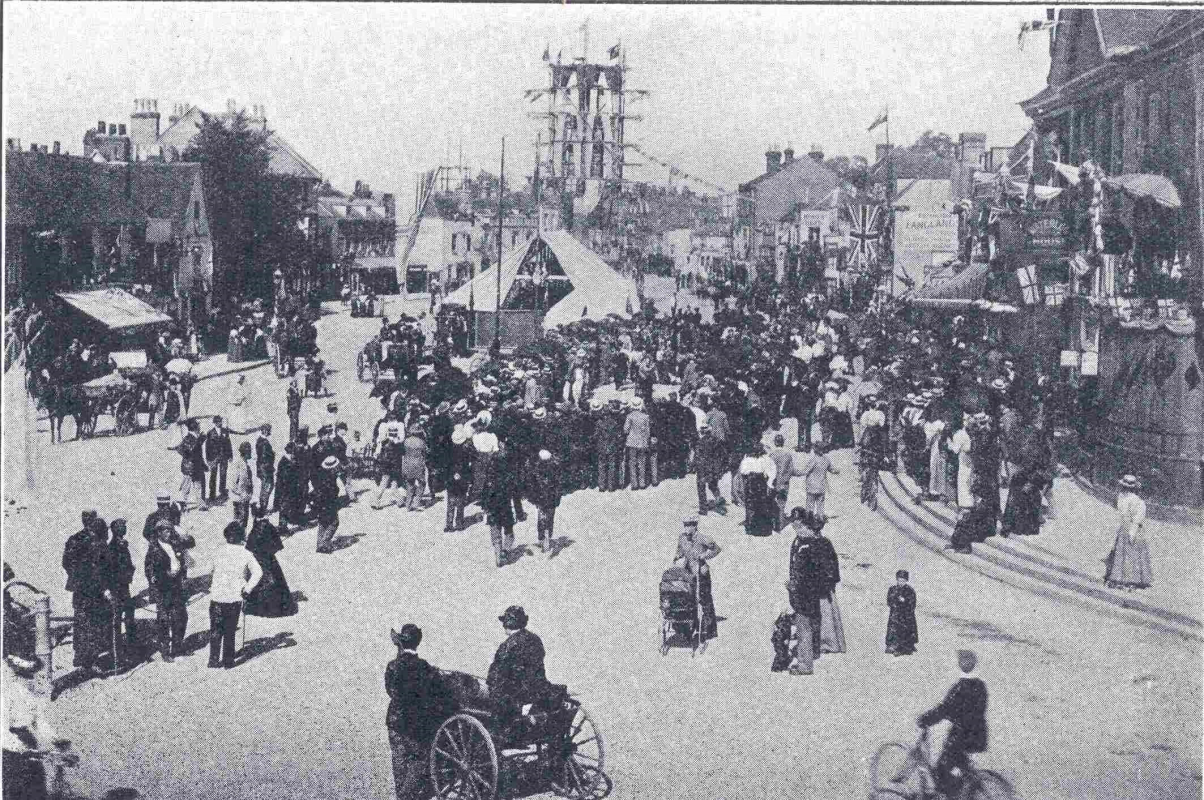 Back in the 1700’s, the area where the Epsom market place and clock tower now stand was a pond adjacent to which stood a Watch House and gaol and the town stocks. In 1847, the Watch House was demolished and on its site, the building of the clock tower commenced.

For the first seventy years, the tower’s base was a square structure where the town’s horse-drawn fire engine was stored; the clock tower bell was rung as a fire alarm to summon the fire crew.

In the mid-1920s the ground-level building was extended to provide public lavatories and an information kiosk.

This wasn’t the first change, the clock tower originally boasted four stone heraldic lions. These were replaced in 1902 by electric lanterns, which in turn were replaced in the late 1920s by globe lights, removed in 1990.  The last major work to the clock tower was in 2003 when the clock face was renovated and the public conveniences converted into retail units and market storage.

In 1897 the townsfolk gathered by the clock tower to sing God Save the Queen, for Victoria’s Jubilee. The tower was in scaffolding for repairs, and the bell had been removed. To everyone’s astonishment the chimes at midday were clearly heard. This was widely reported in the media and led people to believe that the tower had a ghost.

All public events in Epsom have revolved around the clock tower. Particularly noteworthy were the 1902 coronation (when an ox was roasted at the foot of the tower), the Silver Jubilee of 1935, the Coronation of 1937, VE Day, the Queen’s diamond jubilee and the borough’s 75th anniversary celebrations.