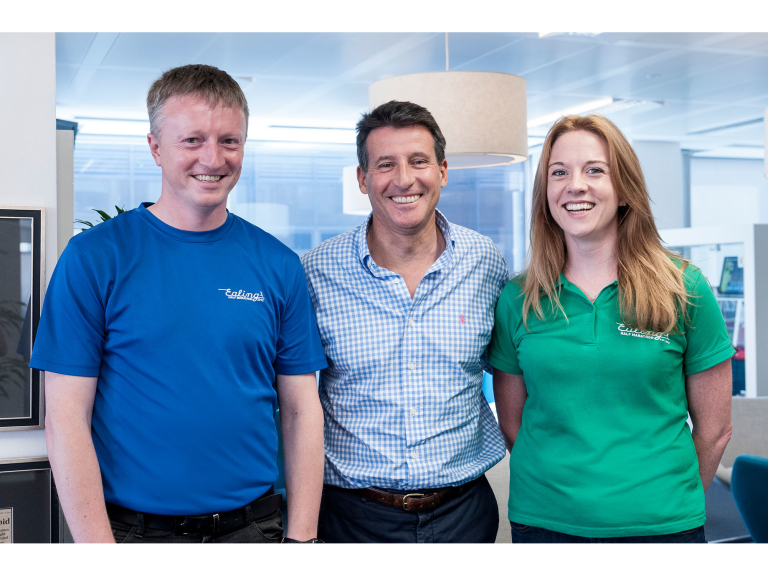 Ealing Half Marathon Race Director, Kelvin Walker and Event Co-Ordinator, Sandra Courtney recently met the Olympic legend and the man behind our greatest ever summer of sport at the London 2012 games, Lord Sebastian Coe.

Kelvin said "It was such an honour to be able to talk to Lord Coe about the hard work that has gone in to creating the Ealing Half Marathon which takes place on Sunday 29th September. Our aim has always been to make this a sustainable community led professional Half Marathon.  From churches hosting water stations, to the Fire Brigade promoting their community safety day to runners raising thousands of pounds for different causes we aim to make September 29th 2013 a very special day for Ealing."

Borne of the Olympic legacy, it's one of only three fully road closed half marathon events in London the race will start and finish in Lammas Park, one of West London's most picturesque parks and take in parts of Central Ealing, Montpelier, Pitshanger, West Ealing, Hanwell and St Stephen's before returning to Lammas Park.

Lord Coe said "The Ealing Half Marathon is another great example of the London 2012 legacy, encouraging more people to take up and participate in sport. Good luck to all those participating.”

As it's also Lord Coe's birthday on the same day as the race, Sandra presented him with an early birthday present of an Ealing Half Marathon t-shirt.

The first Ealing Half Marathon, which took place in September 2012 attracted runners from near and far and sold out all 4,650 race places. The 2013 race will accommodate up to 6,000 runners.

For more information on how to get involved by running, volunteering or sponsoring please visit our website http://www.ealinghalfmarathon.com/ or call Sandra on 07867 517918.