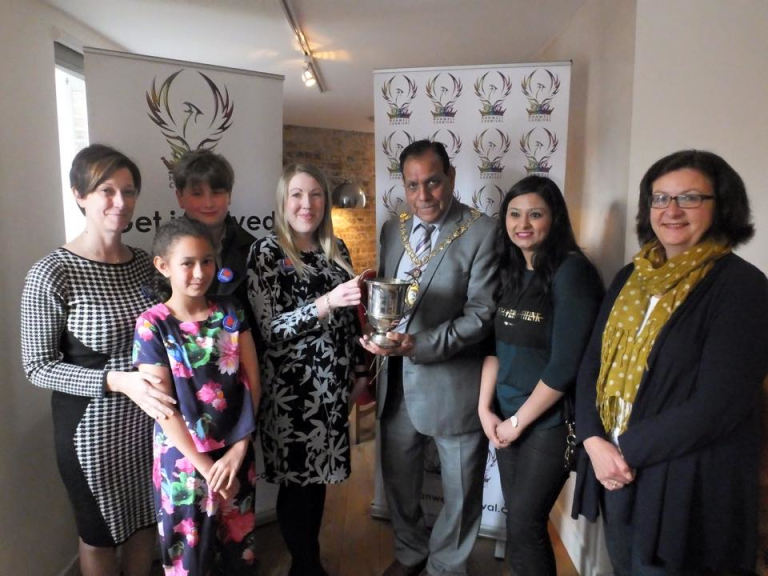 The new Queen is Suzy Hart, princess is Mia Lloyd, and Ben Groundwater has been chosen as the prince.

The judges - Mayor of Ealing Tej Ram Bagha, Cllr Penny Jones and former carnival queens Jo Evans and Lovely Vaid - had a tough job deciding between the applicants at the selection event in W7 Emporium on Sunday 26 April.

Cllr Jones said they saw 13 people, the youngest of whom was eight and the oldest 36.

“It was a very hard choice,” she said.

“Everybody had something different about them but the three we chose had a special something about them.”

Ms Hart, 30, is an accountant from Clitherow Avenue, Hanwell. She said the carnival was part of her childhood and she only found out this year that the role was open to anybody and she could apply.

“I have been going to Hanwell Carnival for years, since I was about four. It was the start of my summer and when I saw the carnival Queen, I used to think she was the most beautiful woman in the world,” she said.

“I am looking forward to creating lots of memories, giving something back and being part of this amazing community event.”

In addition to being a community champion, the perks of being a carnival royal include leading the procession, a new outfit and a bit of pampering.

Hanwell Carnival is a community festival, run by the community for the community. Believed to be London's oldest, the carnival is not for profit and in addition to being a great day out, it also showcases...