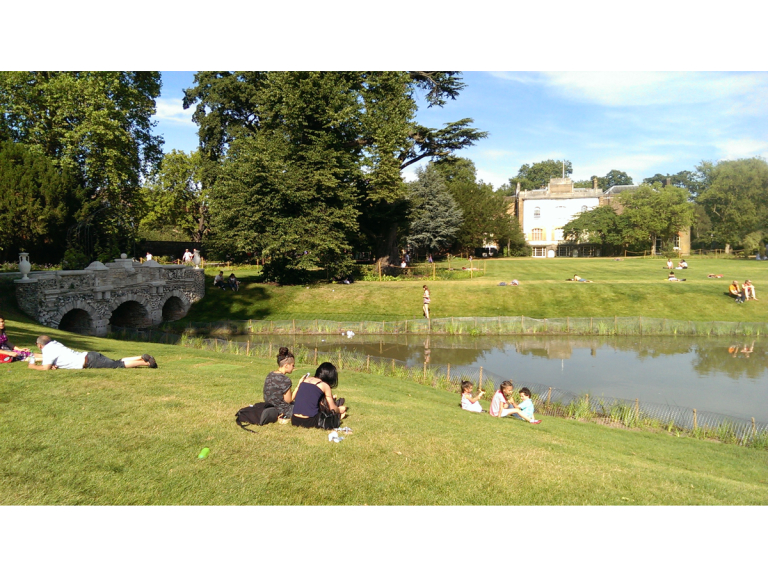 If you haven’t visited Walpole Park (behind Pitzhanger Manor) recently, it’s well worth taking a look at the improvements that have been made.

Work to restore the park to its former glory started in September 2013, thanks to a £2.4 million grant from the Heritage Lottery Fund. This has been added to around £2 million provided by the Council and other smaller grants.

Some parts of the park are still closed off.  For example, sections where new grass is being grown. The new playground is also not open yet (it’s due to open in August), but you can see through the barriers how great it’s going to be. For history lovers the heritage bridge has been restored and looks very attractive.

This is all just part of an ambitious plan to make Pitzhanger Manor and Walpole Park a premier destination for visitors in West London. Pitzhanger Manor itself is due to close in January 2015 for three years for a major restoration. It’s, therefore, well worth going to see it now so that you’ll be able to compare the before and after positions.

If you really aren’t able to check out how great Walpole Park looks now, you can see it on YouTube here.