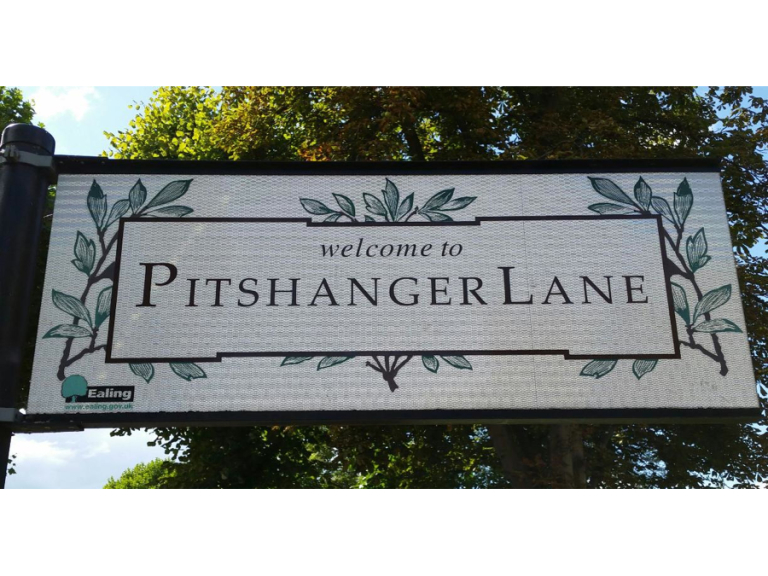 The borough of Ealing is, by any reckoning, pretty big. We have approximately 340,000 people living in the borough. To put that in context, there are only approximately 84,000 in the city of Bath. Therefore, it’s easy to miss some of the highlights that Ealing has to offer. This series of blogs aims to rectify that.

Pitshanger Village is the area surrounding Pitshanger Lane, just south of Perivale. There are no (as far as I know) strict boundaries to the area and some people include parts of Brentham Garden Suburb within the boundaries of the village.

One of the most notable aspects of Pitshanger Village is that it has managed to maintain a real community feel. Many people liken the area to a mini-Chiswick. Indeed, Rachel Spencer from Northfields Estate Agents explained that Pitshanger Village is very popular with people moving from Chiswick who want to get a bit more space for their money. While it’s not accessible on the tube, it’s only a few minutes on the E2 bus from Ealing Broadway so the transport links aren’t bad.

Pitshanger Lane itself (which was apparently called Dog Kennel Lane in the 18th Century) is the vibrant centre of Pitshanger Village.  It’s full of interesting independent shops and coffee shops and well worth spending an afternoon wandering around.

You should get off the E2 bus at the St Barnabas stop and head west along Pitshanger Lane to get to the shops. St Barnabas is a large (C of E) church which serves as the focal point of many local events including Pitshanger Pictures which screens films intended to stimulate conversation.

When you’re tired of shopping, you can head north to Pitshanger Park (now part of the Brent River Park). This spacious park borders the river Brent to the north and abuts the Brentham Club grounds to the East.

The land was purchased by Ealing Borough Council in 1905 in order to create a park and has mature trees and manicured grounds. In addition to being a pleasant place to amble through, it also benefits from a playground, tennis courts, a bowling green, football pitches and play centre.

The Brentham Club is also worth a look. It was built in 1911, although it was a social centre for tenants until it became a private sports club in 1947.  It has tennis courts (with the added interest that Fred Perry used to play here), cricket grounds, football and a bowling green.

There are two main events organised by the Pitshanger Community Association every year. The Pitshanger Party in the Park takes place towards the end of June. It’s described as a garden fete on a grand scale and is well worth a visit.

Pitshanger Community Association’s other major event takes place at Christmas and is called Light Up The Lane.  It marks the start of the Christmas period by lighting the Christmas lights, singing, eating and general merry making. Many traders on Pitshanger Lane stay open late and the Lane is pedestrianised for the night.