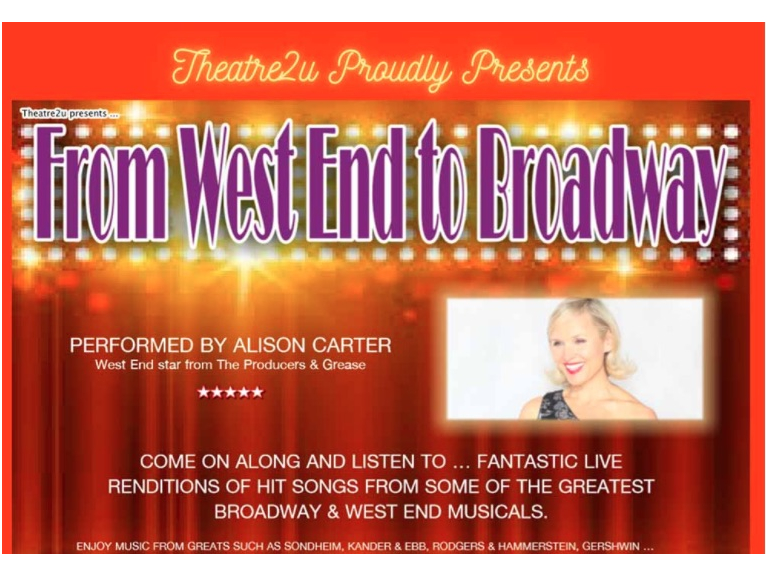 Theatre2u presents the greatest West End and Broadway musicals brought to life by Alison Carter, one of the country’s leading musical theatre performers.

Alison can also be found appearing in concert with The Elvis Years and is one half of the duo: West End Divas.

Bring your own blankets, cushions, and camping-chairs and join us on our outdoor adventure. Come prepared for the weather – the performance will continue come rain come shine!