Sorry this event has now expired. But please check out other great events from the best of Chester.
i
Based on the latest Government guidelines, some events may be postponed, cancelled or taking place online. Please check with the organiser for the latest info. 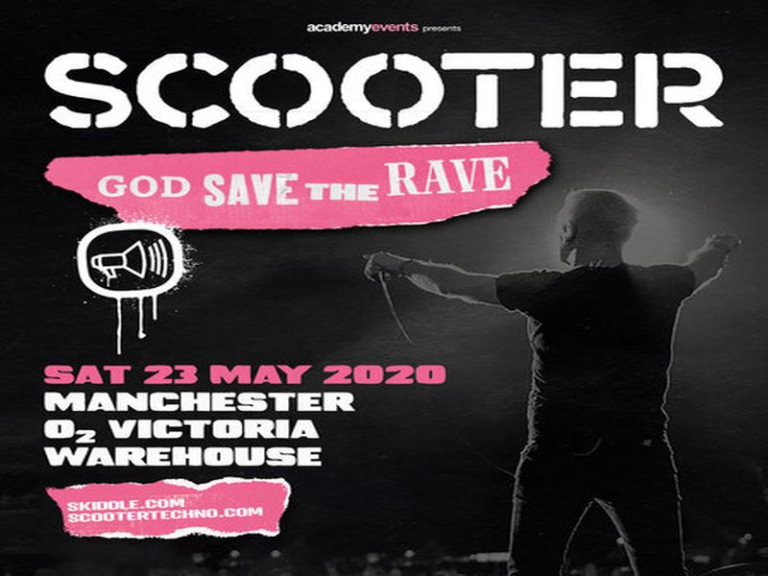 'God Save The Rave Tour'

Germany's most successful techno-band Scooter have just announced their spectacular UK tour in early 2020. The sixth chapter of the band's history is in full swing and unstoppable. Scooter's rave anthems featuring the characteristic shouts of H.P.Baxxter turn every concert into an epic party. After celebrating their 25th anniversary this year with their longest and most impressive tour across Europe, Scooter completed a large number of top-class festivals this summer from Budapest Park to Kosmonaut to the Lollapalooza Festival in Berlin. The UK tour which lands in Manchester's O2 Victoria Warehouse on Saturday 23rd May promises to be louder and more spectacular than ever!

The band will be celebrating Scooter classics and new songs together with their fans in a breathtaking show.

To access pre sale tickets for Manchester (48 hours ahead of general sale, fans must sign up at http://www.vwmusic.co.uk/scooter