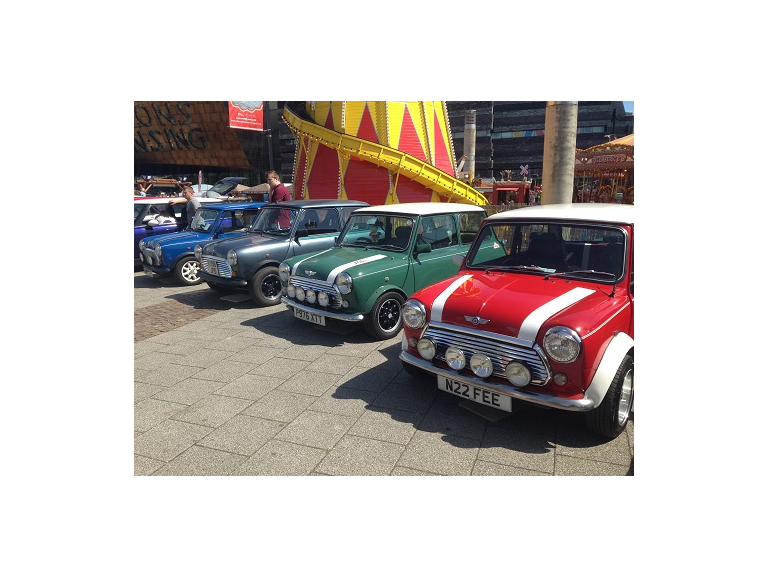 For those Mini lovers out there , you would have known and would have gone to Cardiff Bay Mini.

It was a great day out where you were able to see a mixed bag of Austin and BMW Mini's. For the purest lovers such as myself there was every Austin Mini you could think of,  there was everything down there from Mini's Clubman's and Coopers to a Mini Moke.

It was brilliantly painted by their owners and was covered in stickers, bottle caps, hand prints and it most certainly stood out from the crowd. It even had it's own little scale model of it's self.

There were so many lovingly restored mini's and there were a few that would make excellent projects. The rally itself was placed perfectly because the Mini's were all parked up in front of the Wales Millennium Centre and around the Cardiff Bay Beach. 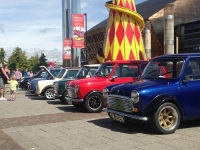