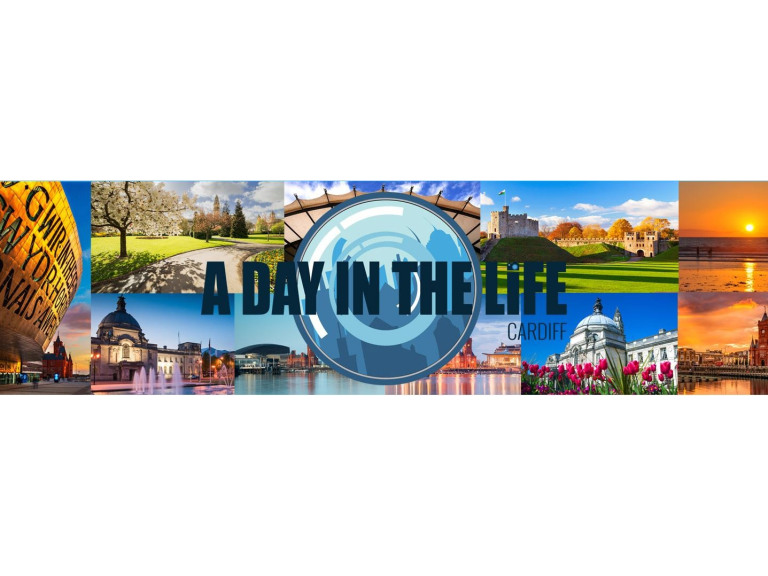 A multi-award winning British street photographer is inviting the people of Cardiff to join him in a unique social experiment to capture the lives and times of the city in exactly 24 hours.


Mark Waugh is calling all smartphone snappers and amateur photographers in Cardiff to grab their cameras on 28th September to help capture the sights and characters of Cardiff in 2019, that will be remembered forever.


The social experiment - called A Day In The Life - will collate thousands of images of the people and landmarks that make Cardiff so unique.

From the passionate football fans to students, the sights at the beautiful bay or the castle to the City Hall - this is the opportunity to freeze a day in time.


Mark will also be hosting a free photography workshop in central Cardiff.


The images will then be printed out and transformed into a piece of art by local artist Nathan Wyburn, which will represent a famous Cardiff icon; creating a permanent testimony of this day in history.


Wyburn - who reached the semi final of Britain’s Got Talent in 2011 - has recently created snow portraits of Game of Thrones Jon Snow and Frozen’s Elsa, as well as previously creating attention-grabbing artworks of Stephen Fry out of coffee, Adele from ketchup, Rowan Atkinson from beans, Bob Marley from reggae sauce and Ed Miliband from toast.


This will be the sixth edition of the campaign, which has previously visited Newcastle, Bristol, Manchester, Glasgow, and Liverpool.


To get involved, go to: https://www.cartridgesave.co.uk/printwhatmatters/a-day-in-the-life-cardiff/


Mark, whose work has been recognised at the prestigious Press Photographer of the Year awards and has appeared in The Guardian, The Times and The Daily Mirror, says: “It will be great to see the people of Cardiff turn out and photograph what’s important to them about their city.

“Cardiff is full of culture, sights and Welsh character so it has plenty of history attached to it. There will be so much to capture within the 24 hours from the vibrant nightlife to the new and old architecture that Cardiff has to offer, I can’t wait to get going.


“Anyone and everyone is more than welcome to get involved in the project, whether you just want to bring your phone along and take a few snaps or bring along your high res cameras to capture the city and its people. Each image paints its own picture and tells its own story and all will be commemorated into a unique finalised piece of art to remember the day.”


Inspired by the blog Humans Of New York, which has 7.9 million Instagram followers and 18 million Facebook followers, this definitive snapshot of Cardiff is the idea of UK-wide company cartridgesave.co.uk.


Ian Cowley, managing director of cartridgesave.co.uk, says: “Technology is constantly improving and we’re gradually getting more sucked into the online environment. This campaign is special because it lets us take a step back and remind people how nice it is to hold something physical and the sentimental values it can have.


“A Day In The Life will allow us and the people of Cardiff to capture the city’s beauty, culture and history within a day. By collating everyone’s work together, we will be able to have an incredible piece of art to represent the city.”

Issued for & on behalf of  cartridgesave.co.uk by Democracy PR