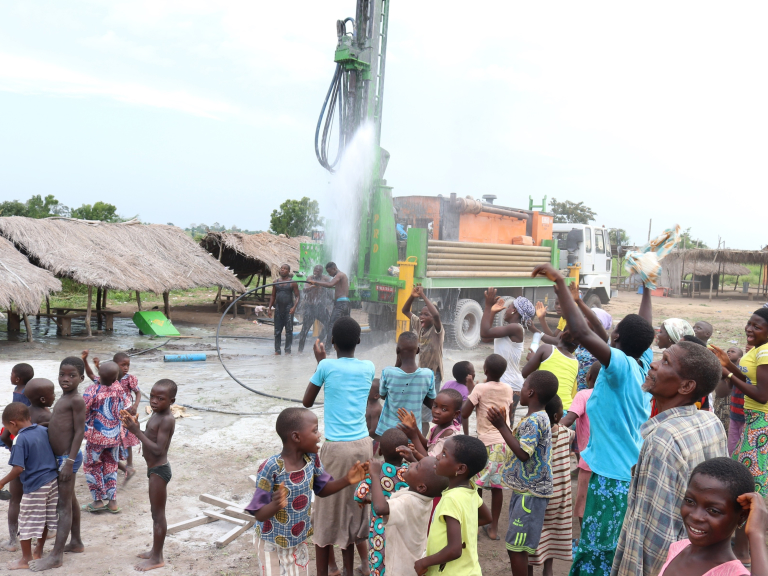 A COMMUNITY in Togo, West Africa, will have access to water and sanitation as a result of new homes being built across South Wales and the South West of England.

The Edenstone Group, based in Magor, gifts a proportion of the proceeds of every home it sells to the Edenstone Foundation, to support communities and causes that help change lives.

The partnership between the Edenstone Foundation and child development charity Compassion UK aims to improve the lives of those living in extreme poverty and comes ahead of World Water Day (March 22).

Martin Taylor, managing director of the Edenstone Group, said: “Access to safe drinking water and sanitation is something that we take for granted in the UK, but the reality for people in the Haho region of Togo is a different story. In some communities only three per cent of children have access to potable water and for those who can’t access safe water, the average distance to the nearest available water source is 14 kilometres.

“The Edenstone Group is one of the fastest growing businesses in Wales and while we pride ourselves on being a responsible homebuilder, we also want to be a good global corporate citizen. By partnering with Compassion we will be able to bring water and sanitation to a community in Togo, helping to improve the standard of living and reducing water-related disease.”

The Edenstone Group has current developments in Abergavenny, Aberthin, Crickhowell, Dinas Powys, Horsley and Lydney, with plans to build in Brockworth, Morriston and Ross-on-Wye later this year.

Compassion is the Edenstone Foundation’s only overseas partner, with most of the funding allocated to projects closer to home.

Having begun its ministry in Togo in 2008, Compassion now works with 237 child development centres to provide 60,128 children with the skills, resources and encouragement they need to overcome poverty and fulfil their potential.

The lack of hygiene practice has serious consequences. For the children attending Compassion centres, 60% of them at any one time are suffering from water-related diseases. This leads to large expenses for medical interventions – in the last year, one of the centres spent the equivalent of £2,024 treating water-related illnesses. With 55% of the Togolese population living below the national poverty level, these kinds of costs are out of the reach of the vast majority of communities.

The Edenstone Foundation has committed funds for a two-year project that will contribute to a solar-powered borehole drilled to up to 85 metres and dressed with PVC. Polytanks and solar power system will be installed, with water points and hand-washing facilities installed, with additional piping to be laid in the community.

Once the community has easy access to safe water, phase two of the intervention, a community-led sanitation project, will begin.

Clare Hartley, from Compassion, said: “Together, the Edenstone Foundation and Compassion UK, will help ensure communities in Togo gain access to vital safe water and proper sanitation facilities – two factors that so often trap people in poverty will be removed. By removing these barriers, children will be able to focus on their education, giving them the opportunity to create a future free from poverty and to begin dreaming of what their lives will become.”

The Edenstone Foundation has also agreed to support a Child Survival project due to be introduced in Togo by Compassion later this year, which will support vulnerable mums and babies in this underdeveloped country.

Members of the Edenstone team have also pledged to sponsor individual children in Togo via Compassion.

To find out more about the Edenstone Foundation see http://edenstonefoundation.com or for details about Compassion see https://www.compassionuk.org/togo.

Issued for & on behalf of the Edenstone Foundation by Active PR.