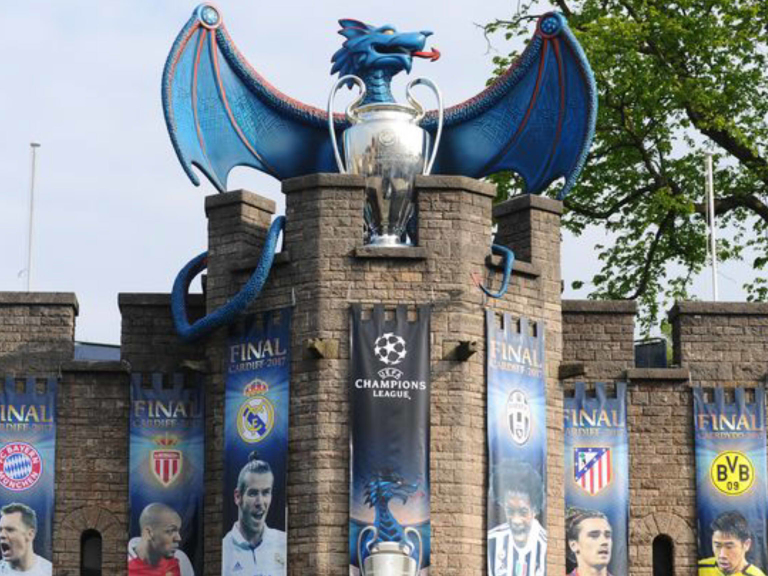 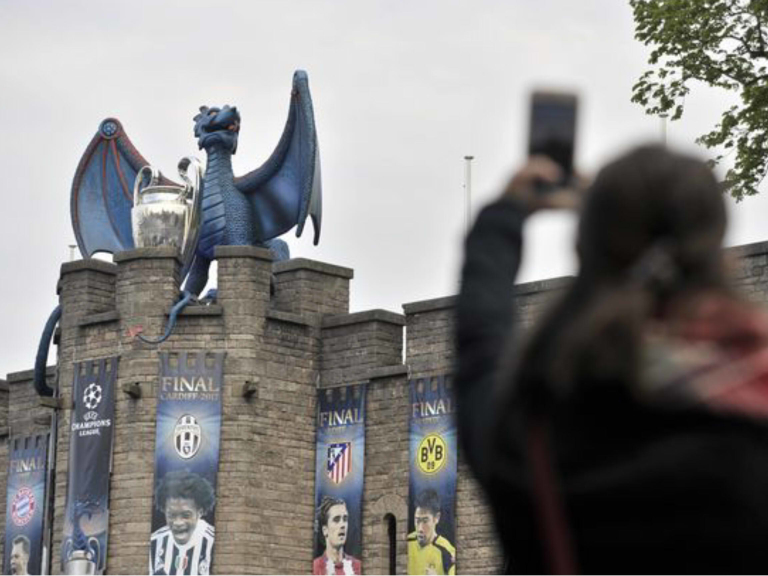 This year Cardiff will be hosting the UEFA Champions League finals and passers-by where greeted by the site of a big blue dragon sat upon one of Cardiff castle's ramparts holding the Champions League Cup.

The appearance of the dragon follows the Champions League Final where Real Madrid face Juventus at the Principality Stadium on June the 3rd.

Created by the same people who designed and made the Rugby ball crashing into Cardiff Castle during the Rugby World Cup in 2015, the company thought what better way to represent Cardiff and the final of the UEFA League than to have a big blue dragon holding the Challenge Cup sat upon one of Cardiff's well known icons, Cardiff Castle.

So catch a glimpse of the Blue Dragon and take some snap shots of it.