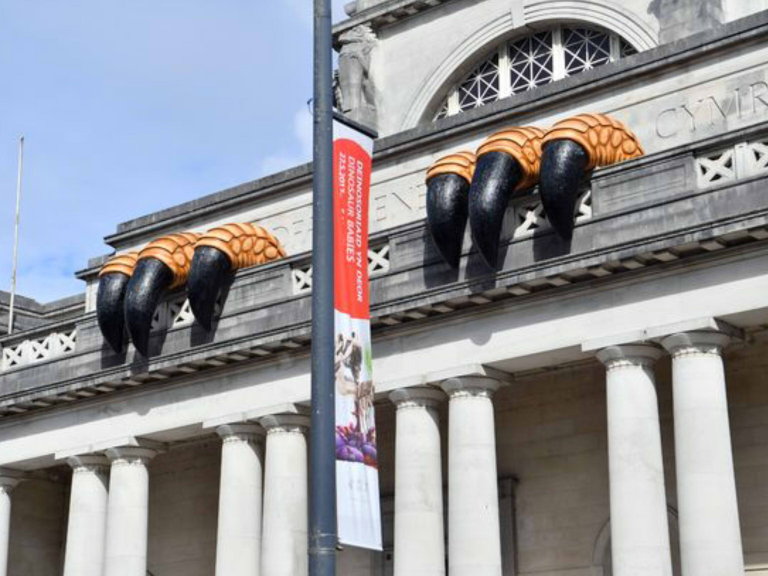 People awoke to the site of a pair of giant claws on top of the National Museum, Cardiff.

Dr Caroline Buttler, Head of Palaeontology from the National Museum says: "Fossil evidence suggests that some dinosaurs were caring parents who protected their eggs and looked after their young. It seems as if our dinosaur’s babies are ready to fend for themselves and so he is off for a new adventure. Who knows where he will end up next!"

But don't worry, Cardiff wont be invaded by giant dinosaurs the claws are currently part of a promotion for an exhibition at the museum. The exhibition also features a Big Dig Pit to let kids become palaeontologists for the day.