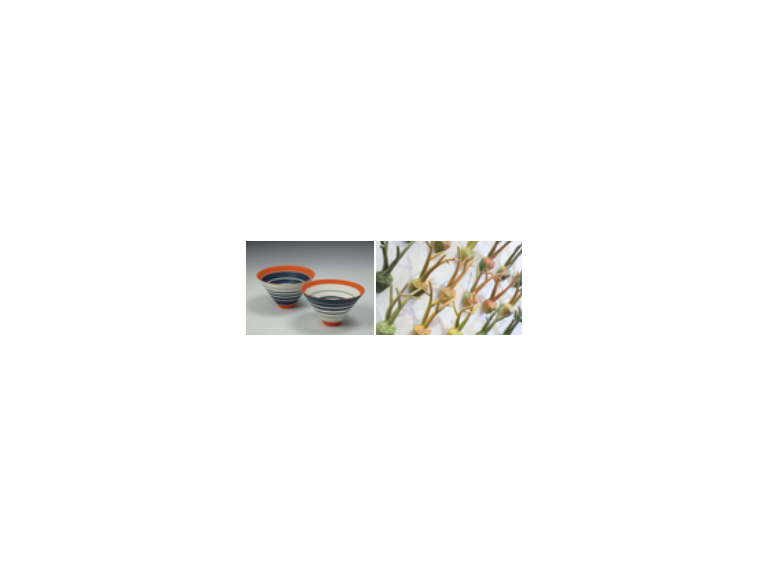 Behind the blue door of number 24 lies an oasis of creative ability. The collective studios allow for creative exploration to flourish. This is a place where like minded individuals have created a supportive environment within which their creative endeavours are nurtured.

This touring exhibition, initiated by Crafts in the Bay, comprises of work by 14 ceramicists with examples of many kinds of work ranging from the intuitive to the controlled, the cerebral and the expressive. This myriad range of approaches has brought forth an exhibition in which the diversity is entirely complementary.

At differing stages in their professional careers many have already exhibited internationally and gained awards for their ceramics. The Fireworks studios are keenly sought after spaces within Cardiff’s artistic community as they not only provide the specialist equipment and space to be creative, but also the invaluable support and friendship of the cooperative group.

Fireworks Now has been curated by fellow potter Alex McErlain whose deep knowledge within the field of ceramics has shaped an exhibition that can be enjoyed for not only the finished clay pieces but also for providing a greater understanding of the creative process. He says of the potters; ‘they are creatively ambitious and competitive in a manner that ensures the collective studios remain at the cutting edge of creativity.’ Alex Mc Erlain will be opening the exhibition at Y Galeri on Friday 14th March.

The exhibition will be showing at Y Galeri