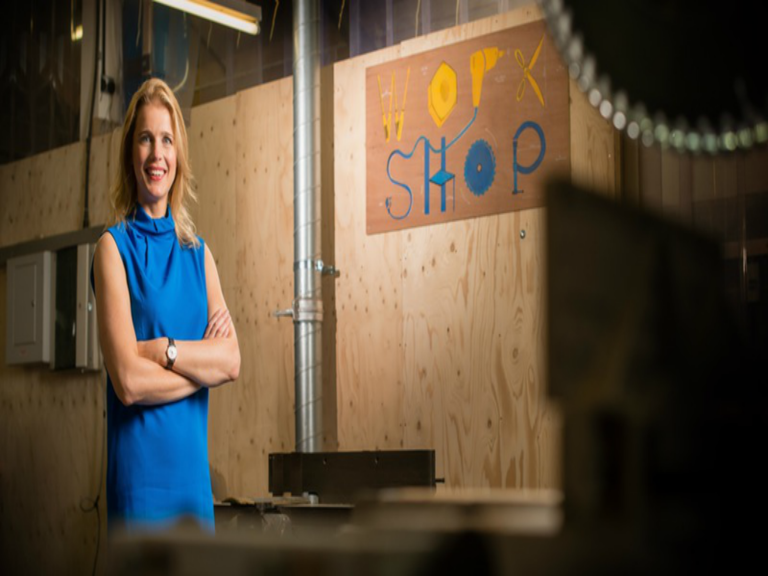 Many of you may see your household tech as just a TV or a washing machine. But have you ever thought it may become something else?

Monday, Prof Danielle George presented a lecture to families at the National Museum Cardiff and taught us how we can be creative with our household items and make a difference in the world.

At the beginning of the lecture Professor Danielle George told the audience that the robots that were on show, were to play 'Hall of the Mountain King' at the end of the lecture. But before they all played together she wanted to show us how they work and if it was possible to get the robots to play a tune and also how they can play in harmony.

The lecture taught the audience how the motor was first created by Thomas Davenport and how simply a motor can be created by using a battery, a magnet and some copper wire. Professor Danielle George also taught us how you can create a manual motor from parts of a washing machine and make it power a light bulb.

During the lecture Professor Danielle George taught us how robots can quickly learn how to adapt to a situation, for example they had a robot balance on a piece of string and she showed us how it was learning to keep it's balance. The lecture also showed us how a robot can solve a Rubik's cube in just twenty moves, by simply taking pictures of the cube and then telling certain parts which way the cube should be moved.

Her team showed as how simple commands can control a robot. They showed us a small robot made out of a drum and symbol that was created by a primary school in Manchester can be controlled by simply pushing a button.

During the lecture, they showed how you can use obsolete tech such as floppy disc drives and have them read a MIDI file (Musical Instrument Digital Interface). Professor Danielle George had her team play a few tunes on the floppy disk drives for us to recognise, such as Pirates of the Caribbean, C.C.S - Whatta Lotta Love and a few others. They also had an electronic Glockenspiel which was created by a student at the University of Manchester that also read and played MIDI files, again they played a few tunes for the audience to recognise.They also showed us a 3d Printed robot that was created by other students at the University of Manchester and how it played a violin by simply using a few commands.

Professor Danielle George then showed us how a simple salt solution can be used to create a circuit and make music from it. So she had some bowls on a table filled with salt water and tin foil connected to a computer and every time she put her hand in the water to close the circuit, the computer would play a drum note. She then had some volunteers come up and they each held a wire that corresponded to a note and every time she high fived them, the computer would play a drum note.

So at the end of the lecture they switched the bowls of water for object such as vegetables, fruit, chocolate and bread (as they have salt inside them) and she had another volunteer come up to touch each object to play the drum notes. Her team then set up the rest of the robots to play the rest of the music and she had another volunteer to play the drum and symbol robot. Once they went through a few run through's they all came together and played 'Hall of the Mountain King' and at the end of the song they used the manual motor from a washing machine to set of a flash bang as the finale.

The lecture was certainly a fun way to get children and adults into robotics and engineering, and if you would like to learn a bit more, why not have a look at the Royal Institution's event page and see what event is near you! http://www.rigb.org/