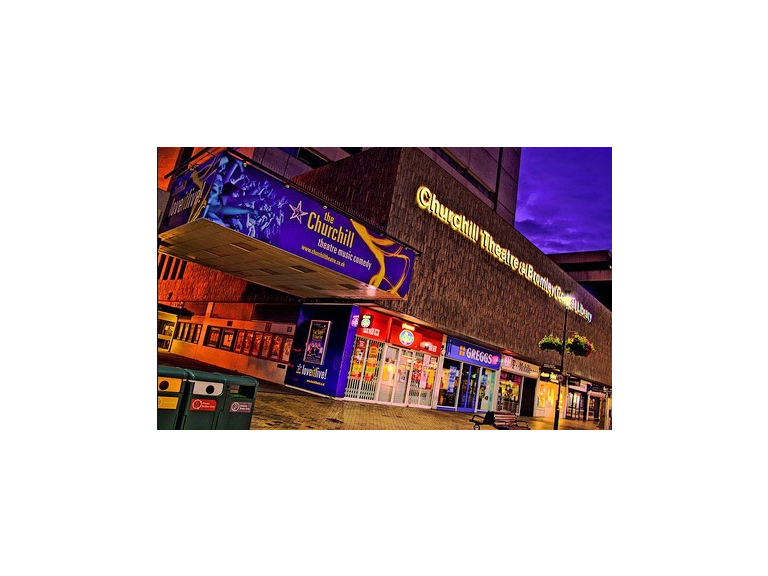 Some of the greatest songs and musicians of the 20th Century are honoured in musicals throughout the summer months. Returning by popular demand, Save the Last Dance for Me (Mon 29 Jul – Sat 10 Aug) features the unmistakable hits of Doc Pomus & Mort Shuman, including A Teenager in Love, Viva Las Vegas and Save the Last Dance for Me. A superstar dream team is re-created in 3 Steps to Heaven (Wed 3 – Sat 6 Jul),a concert featuring the best rock ‘n’ roll anthems from Buddy Holly, Roy Orbison and Elvis Presley, plus The Blues Brothers: The Smash Hit (Mon 22 – Wed 24 Apr) makes its return to the Bromley stage. Soul Sister (Mon 26 – Sat 31 Aug) comes direct from a sensational season in the West End, inspired by the music, life and times of Ike and Tina Turner.

Some of the finest British dramas will play a prominent role at Churchill Theatre Bromley this season. Two Agatha Christie classics visit Bromley; The Mousetrap (Mon 23 – Sat 28 Sep), which is celebrating its 60th Anniversary, and Go Back For Murder (Mon 3 – Sat 8 Jun). There are more thrills in store with The Woman in Black (Mon 15 – Sat 20 Apr), one of the most chilling and successful theatre events ever staged. Beverley Callard (Coronation Street), Ray Quinn (Dirty Dancing, Grease), Duggie Brown (The Comedians) and Jess Robinson star in Jim Cartwright’s Olivier-award winning comedy The Rise and Fall of Little Voice (Mon 6 – Sat 11 May) plus Sebastian Faulks’ best selling novel Birdsong (Mon 10 - Sat 15 Jun) is brought to life on stage.

Churchill Theatre Bromley is pleased to announce the return of Birds of a Feather (Tue 18 – Sat 22 Jun), in its only London date, with all three original leading cast members, Pauline Quirke, Linda Robson and Lesley Joseph. The laughs continue with some hilarious productions appearing on stage for one night only including, Blofeld and Baxter (Sat 4 May), Being Tommy Cooper (Wed 15 May) and Joe Pasquale in Ha Ha Holmes! And the Hound of the Baskervilles (Sun 3 Nov).

There is a fantastic range music performances, with productions to suit all tastes. Marti Pellow (Mon 8 Apr) makes his highly anticipated return to the stage to coincide with his new album Hope, plus there is more music from The Glenn Miller Orchestra (Sun 12 May), Motown’s Greatest Hits (Fri 17 May) and That’ll Be The Day (Sat 17 Aug). There are also tributes to some of the world’s most popular musicians including One Night of Elvis (Fri 3 May), Johnny Cash Roadshow (Sun 16 Jun), The ELO Experience (Sat 29 Jun) and Roy Orbison & Friends (Fri 4 Oct).

Churchill Theatre Bromley will be home to a variety of productions appearing on stage for one night only. There is entertainment exclusively for adults when The Dreamboys (Thu 16 May) and An Evening of Burlesque (Sat 5 Oct) come to town. Food lovers will enjoy Ready Steady Cook Live! (Sun 27 Oct), there is breathtaking martial arts in Shaolin Warriors: Return of the master (Sat 18 May) and Sally Morgan (Mon 18 Nov) returns following a sell-out show in April.

Tickets for all shows are available by calling Ticket Sales on 0844 8717 620 (bkg fee), online at www.atgtickets.com/bromley (bkg fee) or at the Box Office (no bkg fee).