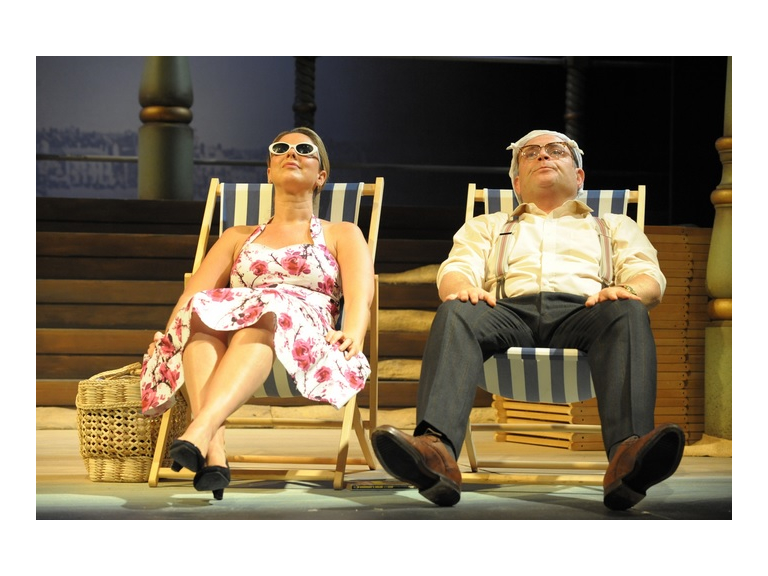 They star in this bittersweet, heartwarming comedy gem, written and directed by the Olivier Award-winning John Godber at Churchill Theatre Bromley from Monday 28 October to Saturday 2 November

Considered a master of observational comedy, John Godber’s classic September in the Rain was inspired by his parent’s holidays to Blackpool during the golden era of the British seaside.

September in the Rain charts the life of Yorkshire couple Jack and Liz, told through their annual summer holiday jaunt across the Pennines to Blackpool, which has been a ritual for over 40 years. It’s the age of donkey rides, talent contests, saucy postcards, stripy deckchairs, ice cream, rolled-up trousers and knotted hankies. Jack and Liz dip in and out of time together, recalling their first holiday as newlyweds to their last, sharing memories filled with tears and laughter, fish and chips and wet and windy promenades in September.

Claire Sweeney stars as Liz – Claire is one of the country's theatre and television favourites with recent credits including a national tour of Educating Rita with Matthew Kelly, Tell Me on a Sunday and Legally Blonde. John Thomson stars as Jack. His television credits include the comedy classics Cold Feet and The Fast Show as well as Coronation Street and Waterloo Road. September in the Rain will be his first UK tour.

So why not get online now and book your tickets to see this brilliant show?