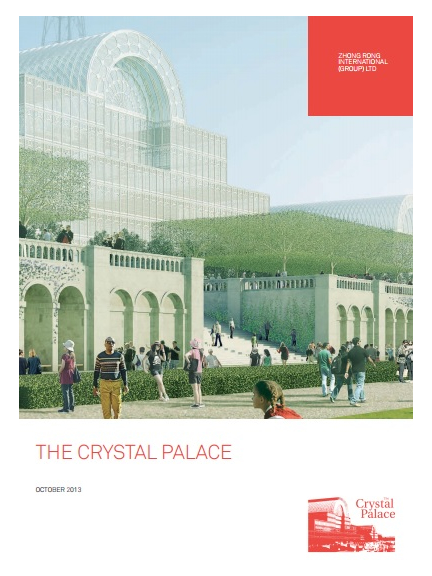 Great news for the Bromley Borough!

Plans to rebuild a replica of the Crystal Palace on the former site in Bromley were announced by the ZhongRong Group, at an event attended by the London Mayor, Boris Johnson, and leaders of Bromley Council.

Whilst the Mayor has pledged his backing for the plans, concerns have been aired about building on green space and the impact of the extra 2 million visitors on the transport network.

The original structure was burned to the ground in a fire in 1936.  ZhongRong Group are hoping to build a new cultural attraction and restore the surrounding park.

The project is expected to bring more than 2,000 permanent and temporary jobs to the area and will attract wider investment into the local high streets - which is great news for the local shops & businesses.

Click here to view the brochure of proposed plans.

As well as restoring the original site, new facilities are also proposed, including a visitors' centre, restaurants, and concert arena. There will be a year of consultation and design development before plans are formally submitted in autumn 2014....watch this space!