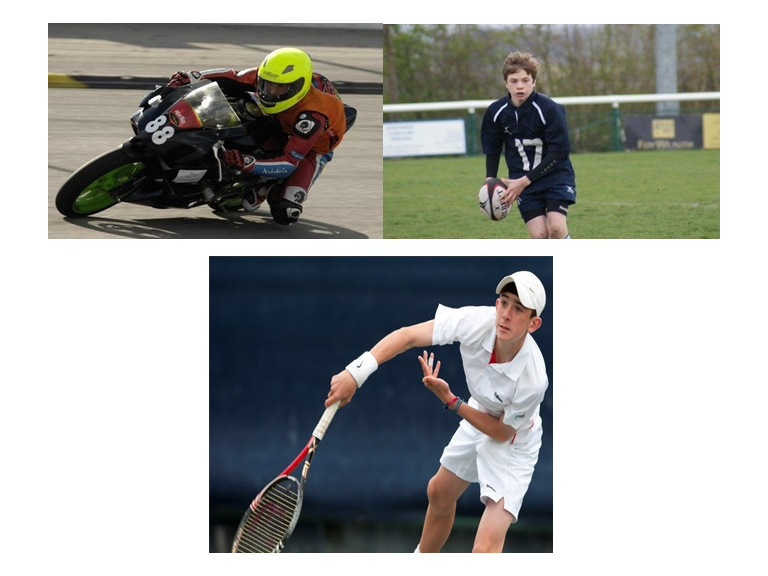 After the success of British athletes at the London 2012 Olympics the Best of Bromley turns its focus on three of our very own home grown sports stars. Three boys aged 14 years old all attended St Mary’s Primary School, Beckenham and now all three attend Langley Boys in the Bromley Borough.

So keep an eye out in the near future for;

Louis realised he had a need for speed from age 9 when he first took part in his first Mini Moto. He then progressed in to the 50cc National Championships at age 11 at 12 he entered the 70cc category and at age 13 the 80cc with FAB Racing.

Louis has started to grab the attention of those in the know by performing well on machines that are not always the most competitive but due to Louis’s natural ability he has started to find himself on the finish podium. In 2012 he enjoyed 5 podium finishes racing in the 125cc class Aprilla Superteen with Thundersport GB. We wish Louis every success for the 2013 season. Lewis will be racing at Brands Hatch this coming weekend March 9th & 10th.

Sean started his rugby playing at Bromley RFC aged 6 playing tag rugby. His determination to win was evident for all to see at an early age. He progressed through the Bromley ranks until age 11 when Sean turned his attention to football. He had a Season with Lewisham Youth, represented his district and was given a trial with Millwall FC.

While playing football Sean kept up his rugby by captaining his school team and has twice been nominated player of the season. Sean is back at Bromley RFC and is now also in the Kent Schools development squad. His aim is to be selected for a premiership rugby academy.

Thomas started tennis at 2 and an half at Park Langley Tennis club. His future plans/dream is to become a professional tennis, player go to an American university/college to get his degree and to continue to play tennis at a high level, then he wants to travel the world playing tennis.

Thomas is currently number 1 in the 16s and under national seasonal leaderboard, in the country after winning three back to back 16s and under tournaments un-seeded. He recently competed in his first 18s and under and finished 3rd overall.

During February half term he went to his first international event, 16s and under in Holland as an un-seeded player, Thomas reached the semi final knocking out the number 4 and 6 seed on the way and the semi in doubles too!

Thomas’s achievements include Kent County Closed winner under 7,8,9,10 and 12 national champion under 12 and doubles champion 2011, part of the Kent team that won the Nationals county finals in 2011. He won Beckenham Young sports Man of the year 2011. Special achievement award Park Langley tennis 2011. Kent junior player of the year 2011 (youngest person ever to win).

If you are a local business looking for sponsorship opportunities and would like to support local young sports people, please get in touch with the best of Bromley.