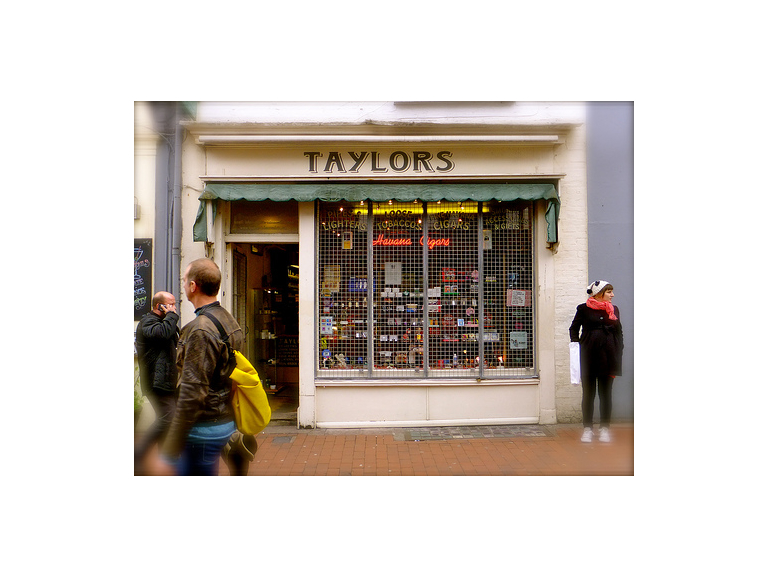 Once a horrifyingly filthy and dangerous slum, more than 400 independent shops, cafes, bars and entertainment spaces makes today’s North Laine one of our city’s most popular tourist destinations.

What is a Laine?

First, what’s a Laine? Laine is an old Sussex word for a strip of land at the foot of the Downs, in turn derived from the ancient Anglo Saxon word for a type of legal land holding.

Roll back the years and the Laine was once five open farming plots that had remained more or less unchanged since the Middle Ages. By the 1800s the farming plots had been subdivided into smaller chunks called ‘hides’ and ‘furlongs’, which were eventually hedged in by the first major roads built in and out of early Brighton.

Not too long afterwards, building projects across the town started to take over the open fields and the tracks dividing the plots became the forerunners of the roads we see today, their grid pattern marking the ancient field boundaries.

By the early 1800s one John Furner planted a market garden in the plots, and by 1840 the railway hub had been built.

One of the most notorious slums in Sussex

Despite the influence of the posh folk who loved to visit the Prince Regent's splendidly luxurious Royal Pavilion, a mere stone’s throw from the Laine, the North Laine was a notorious slum for a very long time.

The entire area was squalid and poverty-stricken in the extreme, lined with slaughterhouses  and whore houses, home to prostitutes and criminal types. Over Street, for example, saw several murders and was considered far too dangerous to visit after dusk, risky even in daylight.

Orange Row, an alleyway which still runs parallel to Gardener Street, originally in the famous Pimlico slum, was home to 130 or so people crammed into just 17 houses, ridiculously crowded and a hotbed of disease.  And the area remained that way through the reigns of George IV and William IV, into the early years of Victoria’s reign.

Cleaning up our act

By the 1860s the town – which wasn’t made a city until the year 2000 - had begun to clean up its act, demolishing row upon row of crowded, filthy tenement houses in the North Laine.

Replacing many of the old streets with modern alternatives, bit by bit the Victorians breathed new life into the North Laine. But its character remains; a dense grid of terraced shop fronts and homes set along narrow roads, today much more scenic and bohemian than slum. And it comes with sky high property prices to match, being so close to the station and a haven for commuters.

(Many thanks to http://www.flickr.com/photos/sjdunphy/ for the excellent image.)

A short history of the North Laine, Brighton & Hove