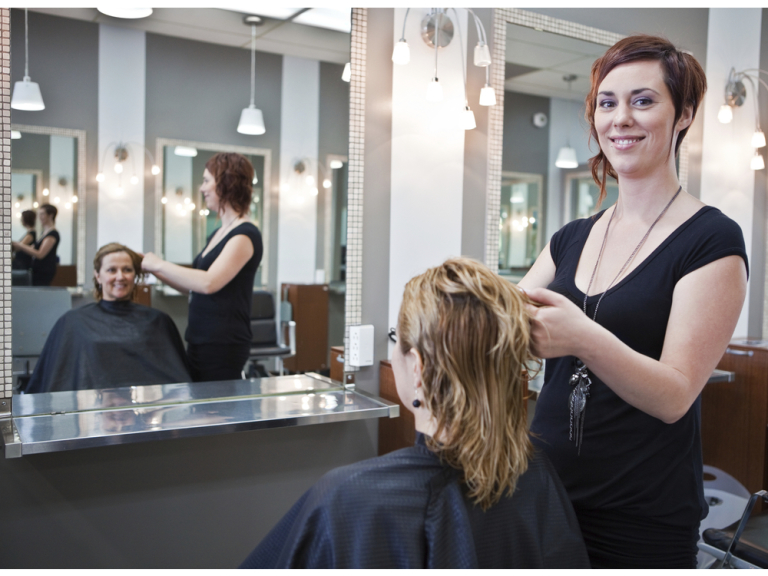 Women and men have been styling their hair since the beginning of civilization, adorning their hair with jewels, flowers, combs, pins and braids.

It was believed in some African cultures, that a person's spirit occupied his or her hair, giving hairdressers within these communities high status. Examples of ancient art have been discovered depicting people working on another person's hair, while early Egyptian culture shows hairdressers owned specially decorated cases to hold their tools, including scissors, lotions, and styling materials.

By Roman times and throughout ancient Greece, household slaves or servants took on hairdresser role, including the shaving of men's beards.

Since then, beauty salons have become the norm, happily trading alongside men's barbershops. Along with the cutting and styling of hair, many of these businesses offer other services such as facials, eyebrow shaping and 'having your nails, done', as well as a great place to meet up and chat! The ancient Egyptians would probably be proud.

I am the director of thebestof Brentwood which has been up and running since 2006. I hope you enjoy your experience upon visiting this site and I would encourage you to use some of the fantastic businesses...

Hairdressers in Brentwood
To see the businesses in our Hairdressers section, please click here.
Latest Articles

The Nags Head in Brentwood are Re-Opening with a Party

A Guide to Preparing Your Home for the Decorators
Sign up for offers
Sign up for what's on guide
Popular Categories
By clicking 'ACCEPT', you agree to the storing of cookies on your device to enhance site navigation, analyse site usage, and assist in our marketing efforts.
For more information on how we use cookies, please see our Cookie Policy.